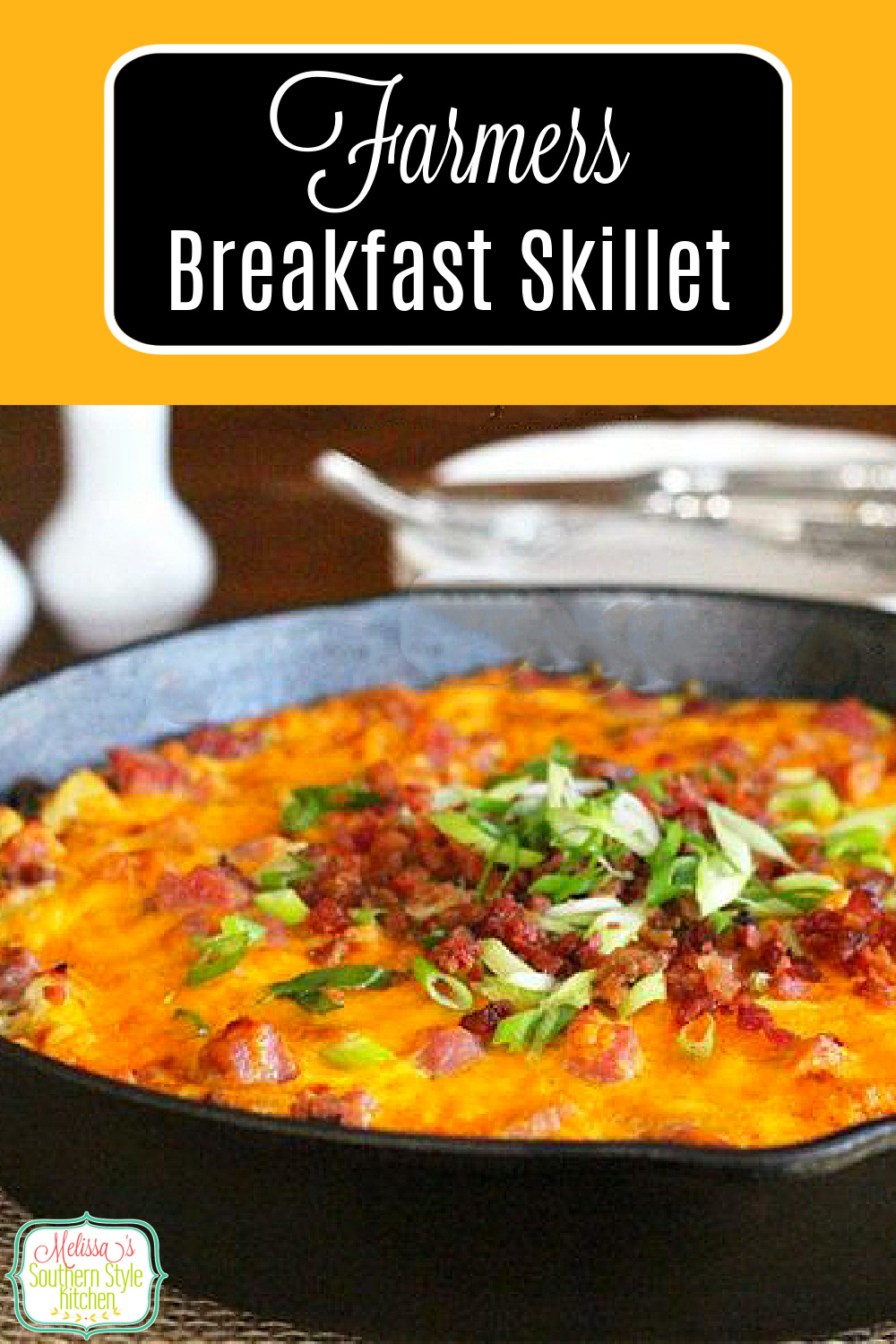 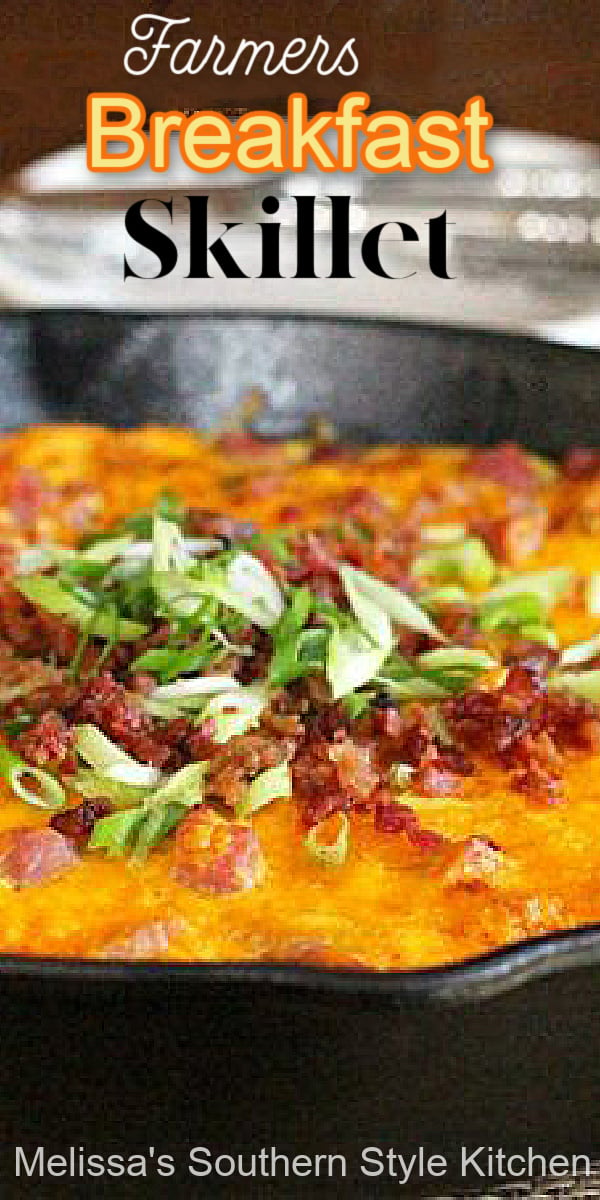 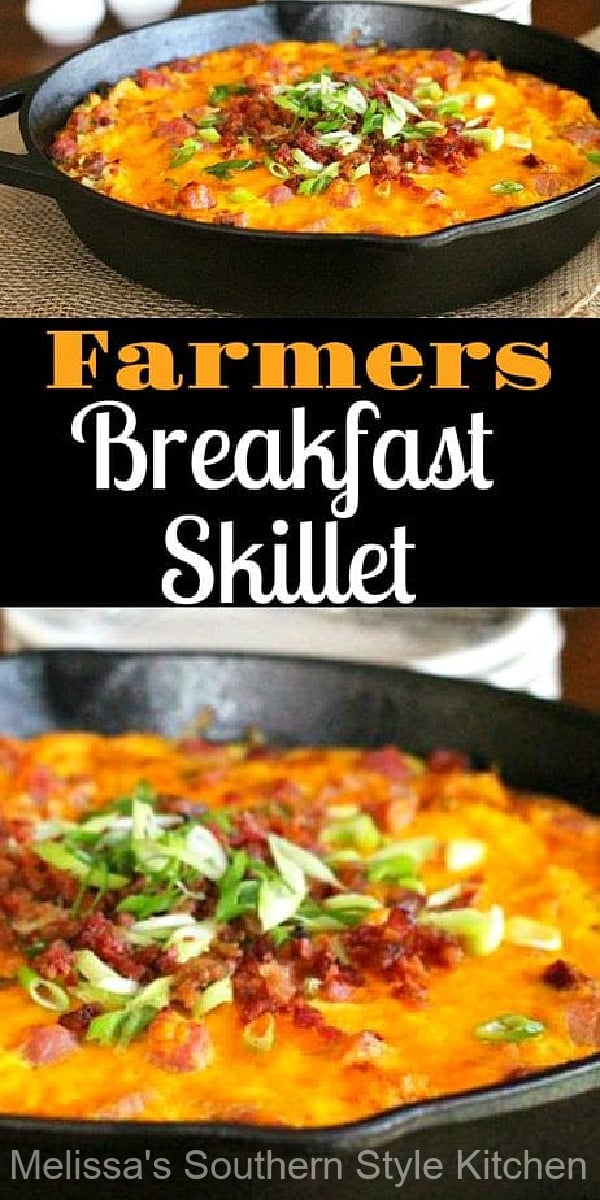 Kick start your morning with this oh-so-cheesy Farmers Breakfast Skillet. In it, hash browns, bell peppers and onion are cooked in bacon drippings for a pop of smoky flavor. Add eggs, ham and cheese and you've got a winning combination every single time. 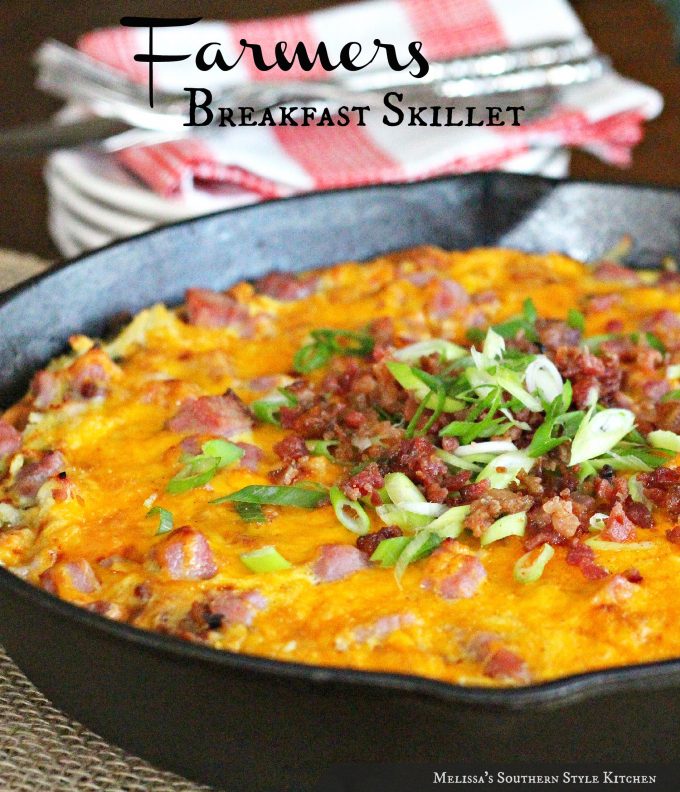 I can't think of this sort of  hearty breakfast skillet without reminiscing about both of my Grandfathers. They were lifelong friends and neighbors. Each had a large amount of land that they took care of and farmed. They were part of the generation that had an incredibly strong work ethic and with children to take care of, they always did what was necessary to provide for their families. To start their day, neither would have left the house in the morning without a large country breakfast. Ever. The menu would usually consist of sausage gravy and biscuits, eggs, bacon, country ham, fried potatoes, biscuits along with homemade jams and jellies. Or, any combination of the aforementioned. Often with a side of juicy tomatoes picked fresh from the garden and a pot of strong black coffee to wash it all down. This hearty breakfast skillet would have fit the bill nicely for them. 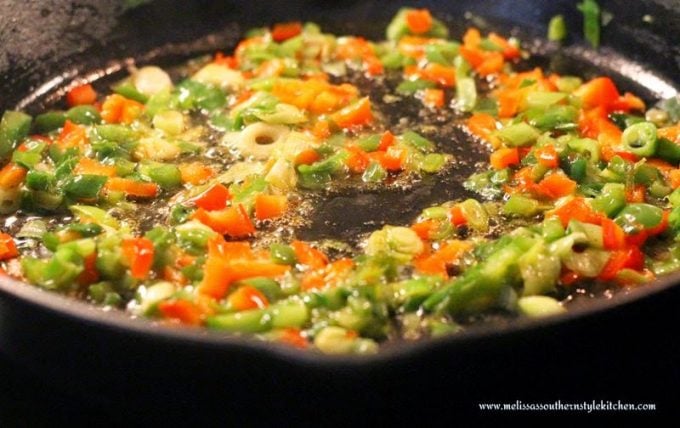 How to Make the Best Farmers Breakfast Skillet Recipe 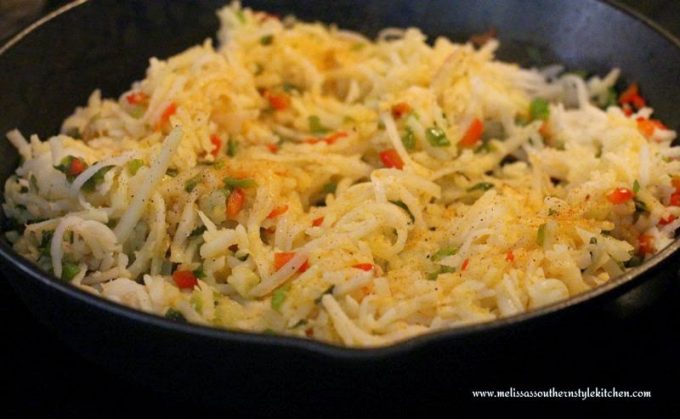 What is the Best Way to Make Country Breakfast Skillets

What exactly is a breakfast skillet? It's a downhome way to make a hearty meal usually consisting of hash brown potatoes and any variety of vegetables. In the case of this recipe, it's all held together with scrambled eggs. Breakfast skillets can be made on the stovetop or the oven. You can enjoy this recipe at any meal, it makes a delicious supper, too. It's good for the soul kind of food. 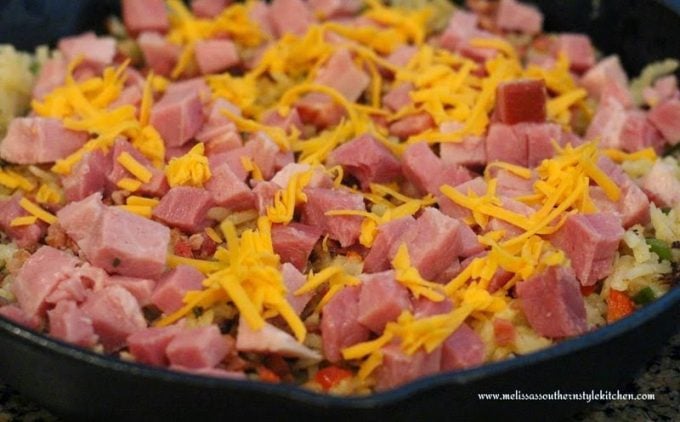 What Ingredients Can be Used in a Southern Breakfast Skillet

This breakfast skillet is super versatile in the sense you can adjust the ingredients to what you have on hand or to your personal taste. 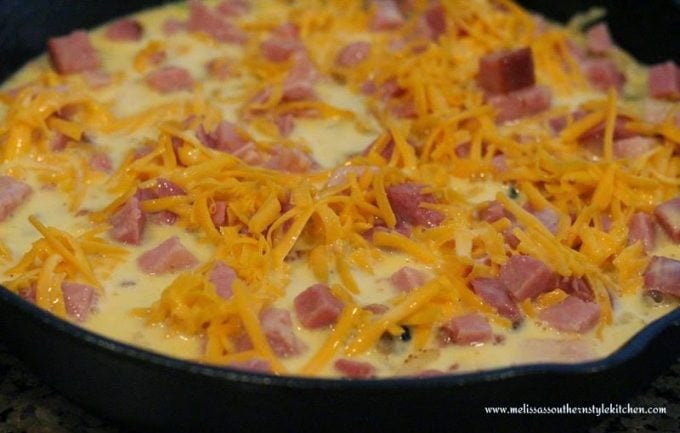 Use your cast iron skillet to make these favorite recipes. 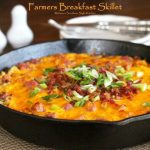