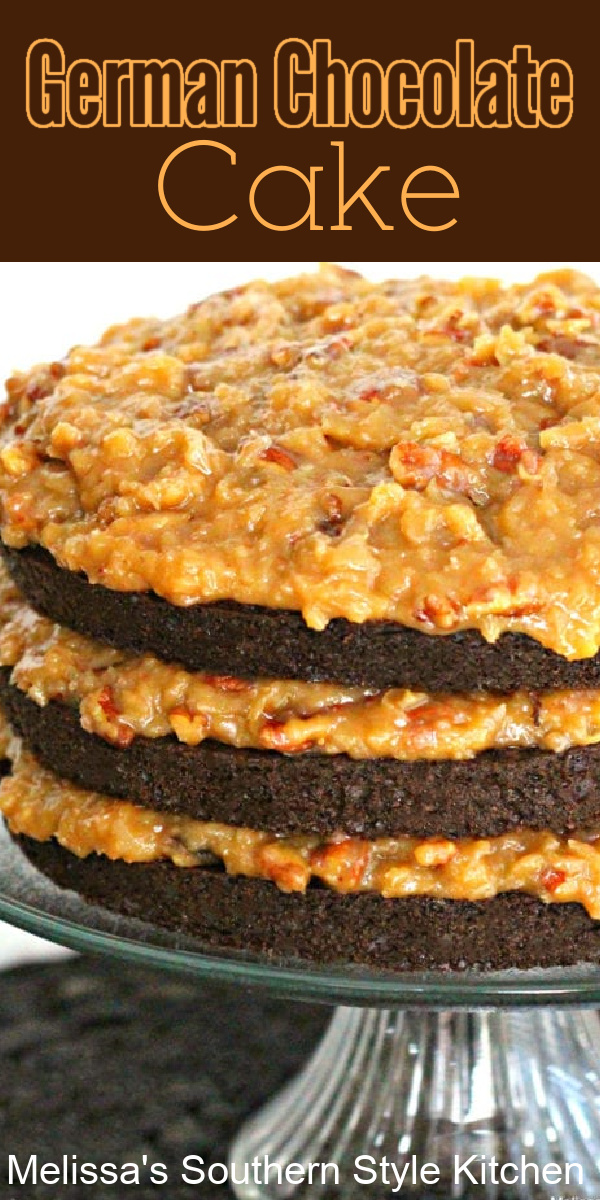 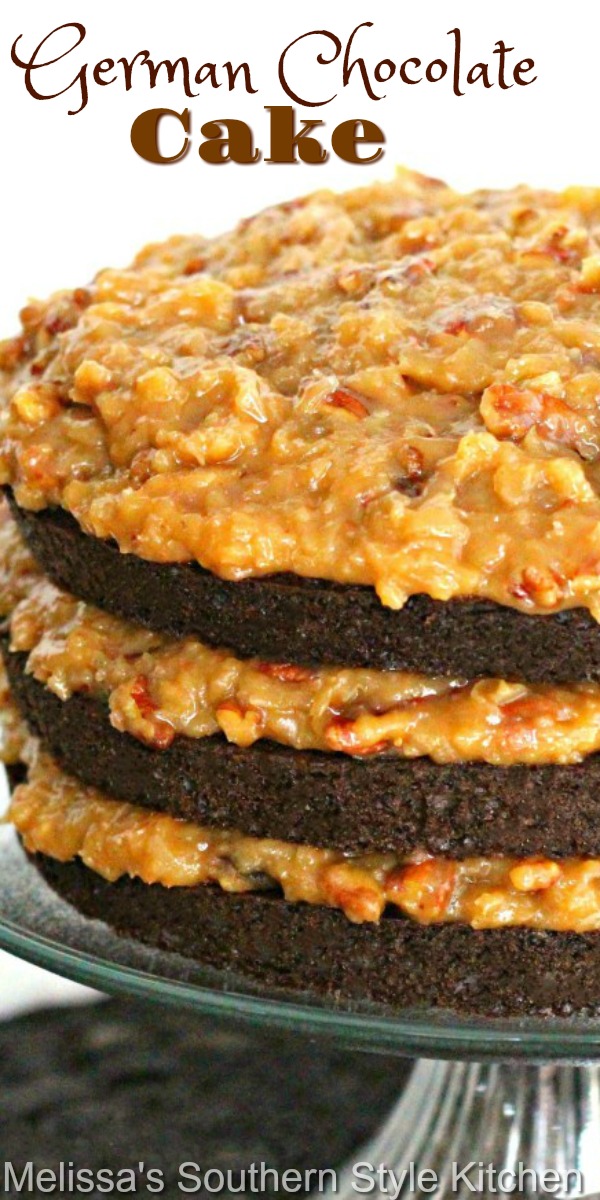 This made from scratch German Chocolate Cake with a homemade coconut pecan icing is sheer decadence. It consists of a triple layer chocolate cake that's frosted with a gooey rich homemade icing that everyone will love. 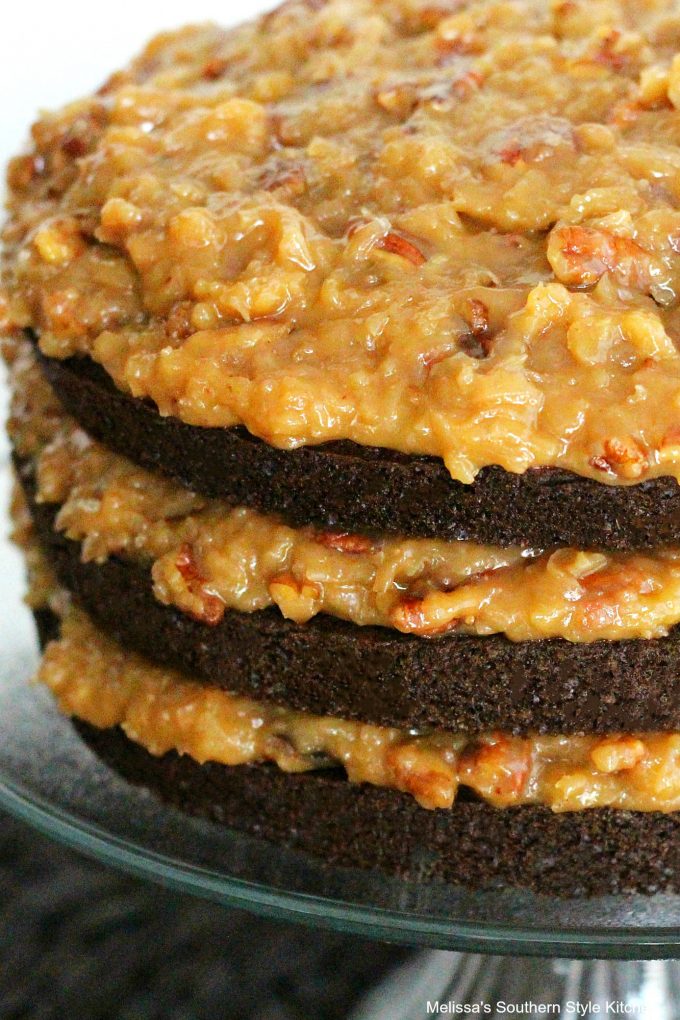 This version of the classic German chocolate cake filling and icing recipe is my own, but I wanted to take time to pay homage to the man named Sam German who created the cake we all love. Sam German invented it, and I've included his original chocolate cake recipe, too. It does take some patience to make this cake from scratch, but it's well worth it in the end. 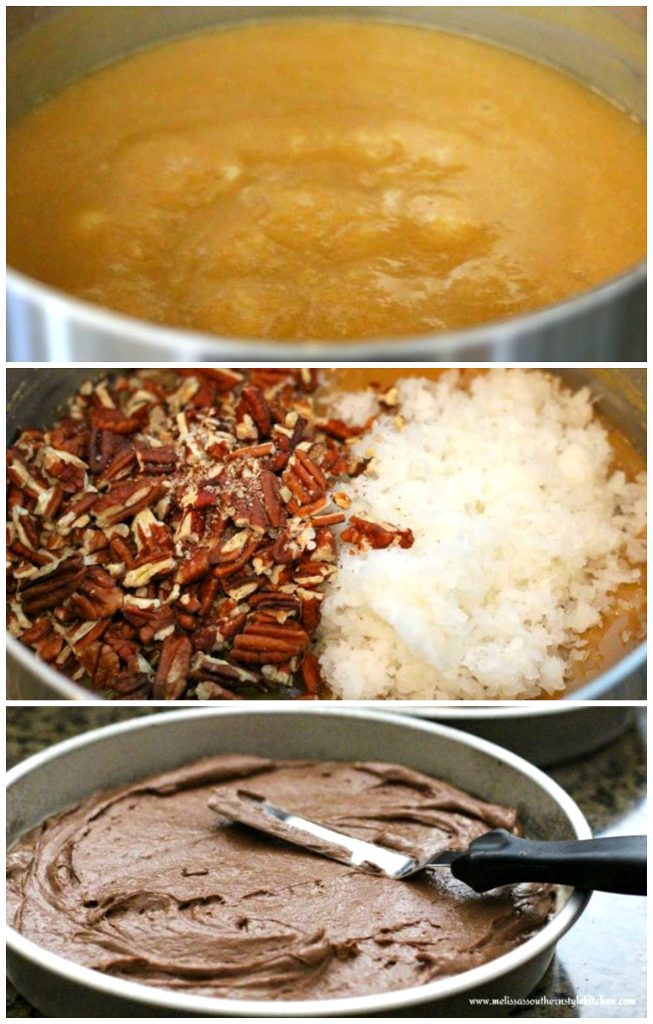 I think this coconut pecan icing recipe would taste great on shoe leather. It's richness could successfully turn the most mundane chocolate layer cake into a masterpiece. This cake is guaranteed to be gone before sunrise. 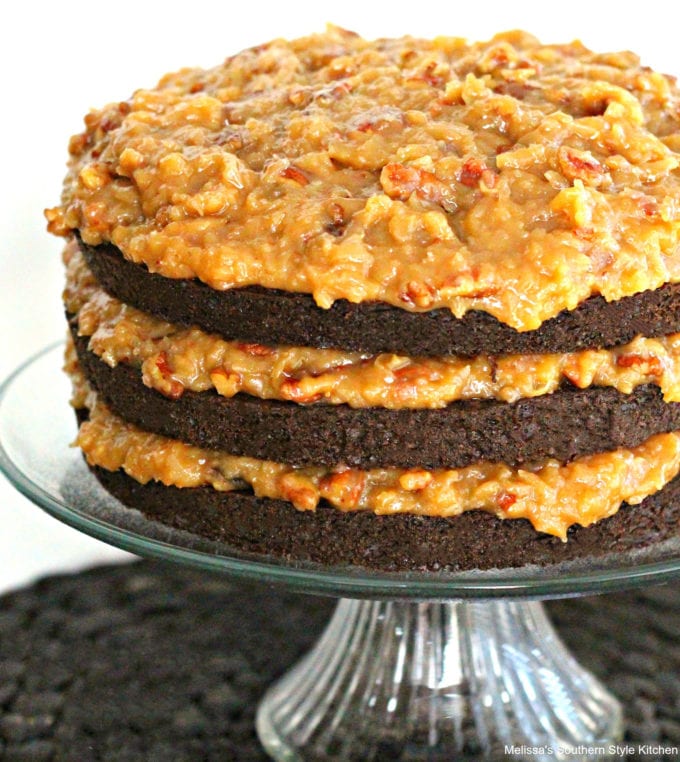 Other Southern Chocolate Cake Recipes to Add to the Menu

Where did German chocolate cake originate? The history of this classic cake is fascinating. Contrary to popular thought, German chocolate isn't from Germany. It's named after Sam German an American, who developed a sweet baking chocolate for Baker's Chocolate Company in the mid-1800's. He further increased the popularity of German chocolate with his own famous original chocolate cake recipe. Mr. German's chocolate cake was topped with a delightful combination of gooey pecans and coconut which has successfully won the hearts of chocolate lovers for generations. Other chocolate cakes and desserts to make: 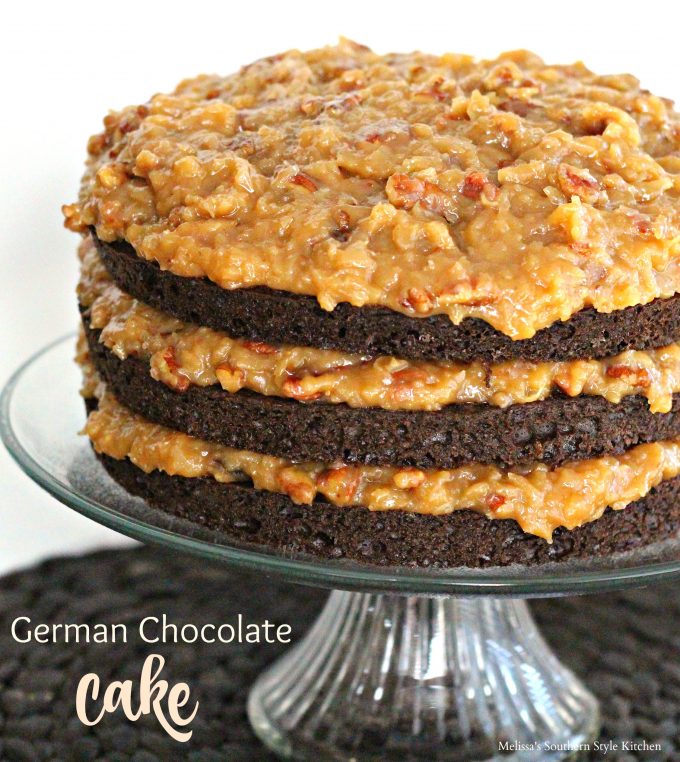 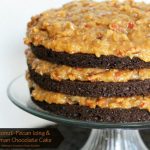 The recipe makes enough icing to frost the cake completely, if desired.