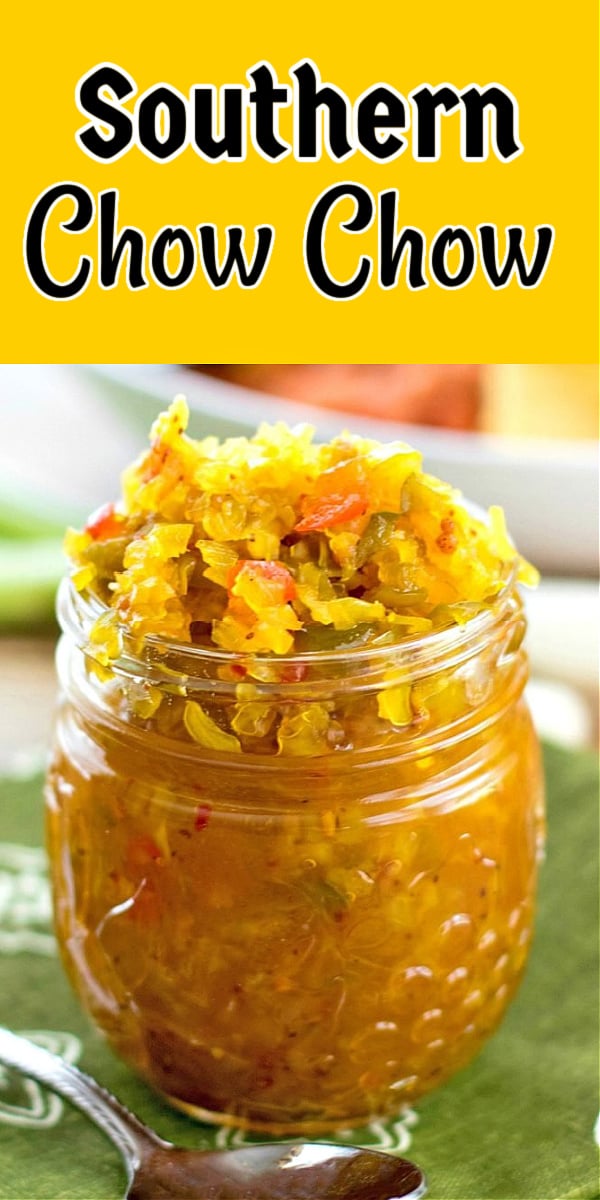 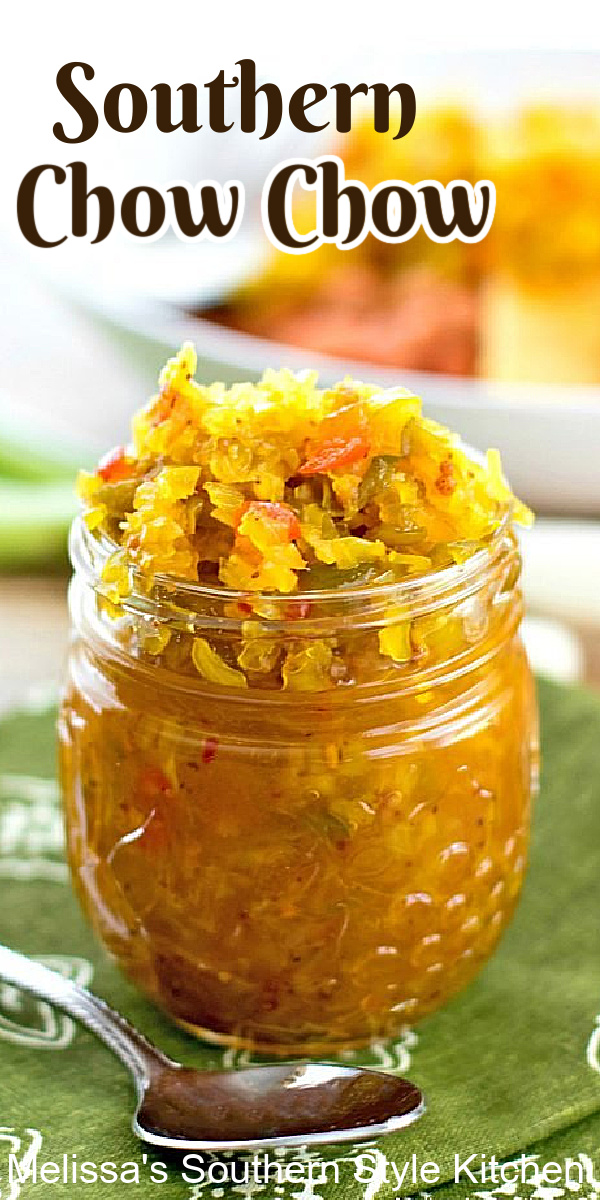 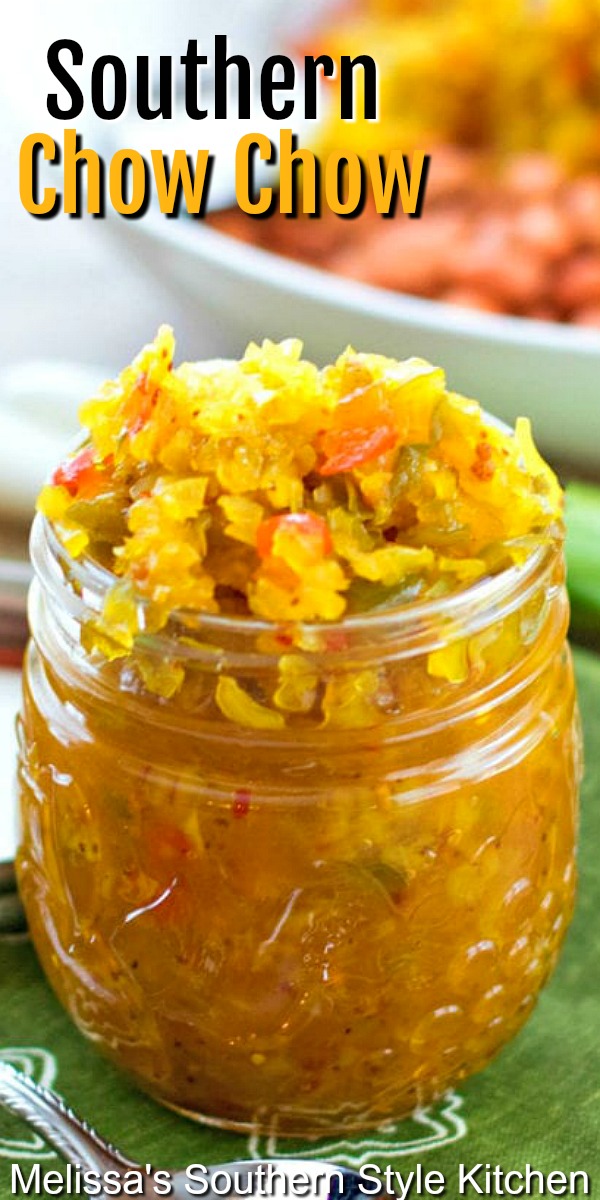 From Texas to Virginia and everywhere in between, sweet, spicy and tangy Chow Chow is a beloved Southern relish. It's served atop hot dogs, barbecue or as a way to perk-up a classic bowl of pinto beans with a side of cornbread. It's as integral a part of Southern toppings as salt and pepper shakers on the kitchen table with simple preparation to boot. 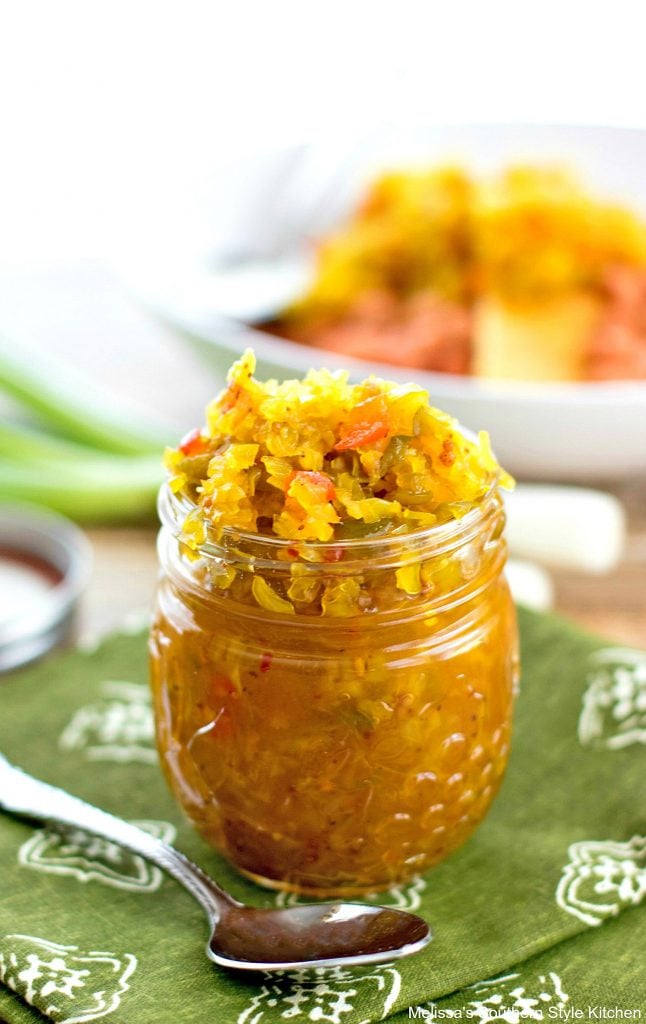 Southern Chow Chow is a Tradition in the South

Chow chow comes in different varieties depending on the region and the cook's preference. You'll find that some chow chow recipes consist primarily of chopped green tomatoes with varying amounts of cabbage, onion and peppers. At times, I make chow chow with poblano or jalapeno peppers to give it a kick. It adds spunk to a simple bowl of beans and I can't imagine what type of bean it wouldn't compliment. At times, I've also chosen to serve it as an appetizer with crackers and cream cheese. 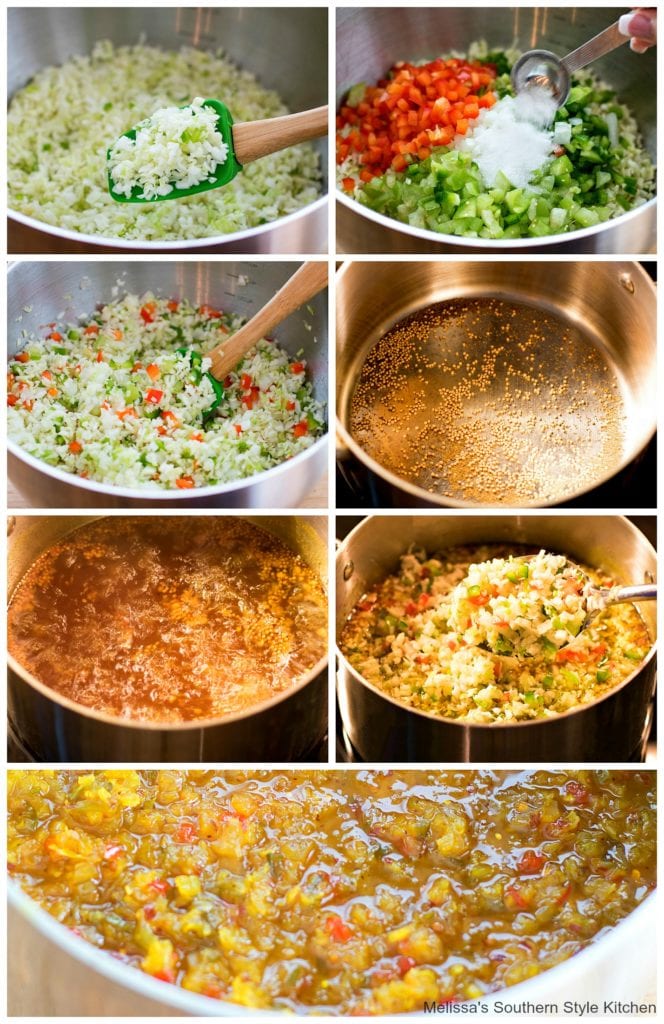 A few pointers for making this recipe: 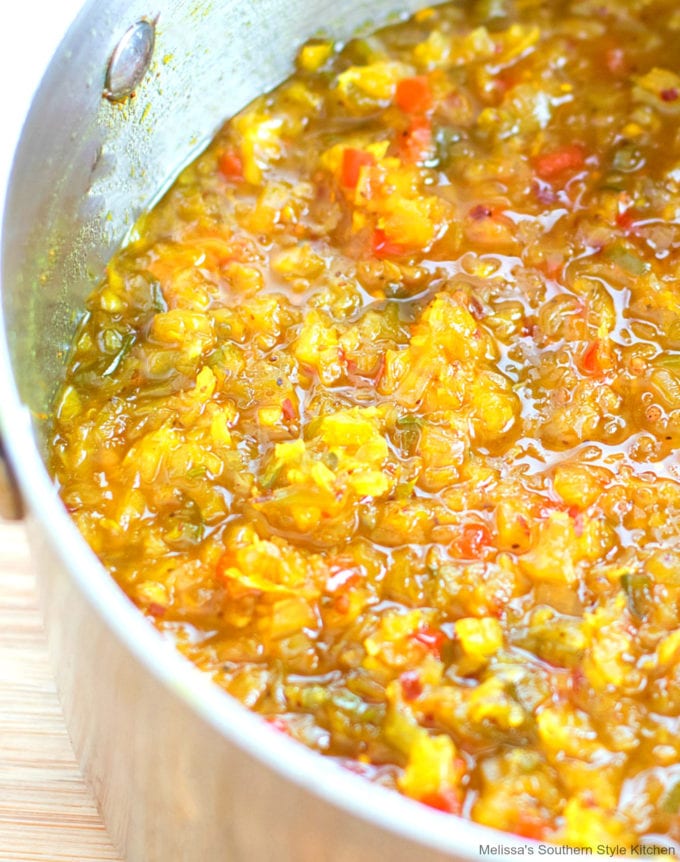 How Did Chow Chow Originate?

It's believed that chow chow was a way of preserving the last of the garden season bounty. Too little to put up for the winter on their own but, together form a condiment perfect for cold weather meals. In addition, it's another dish that's been influenced by those who settled here in the South and brought with them their techniques and dishes. Regardless, it's a delicious topping destined to remain a star of Southern condiments. Another way to enjoy cabbage as a topping is this recipe for homemade Sauerkraut from The Pioneer Woman. 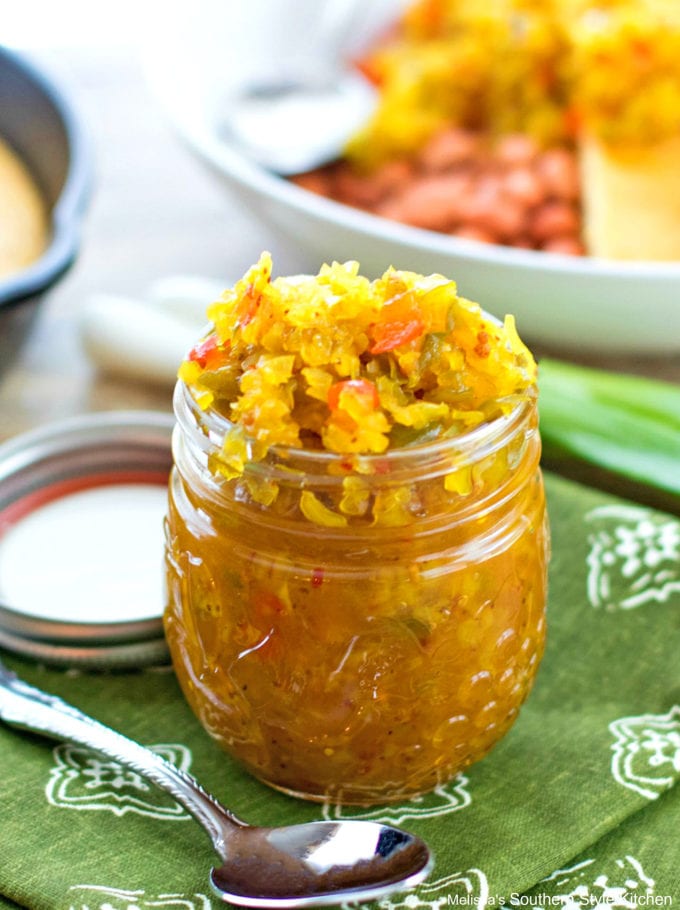 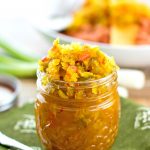 The best way to divide this into jars is, to use a slotted spoon to evenly pack the chow chow into prepared jars. Then fill the jars evenly with the juice left in the pot.