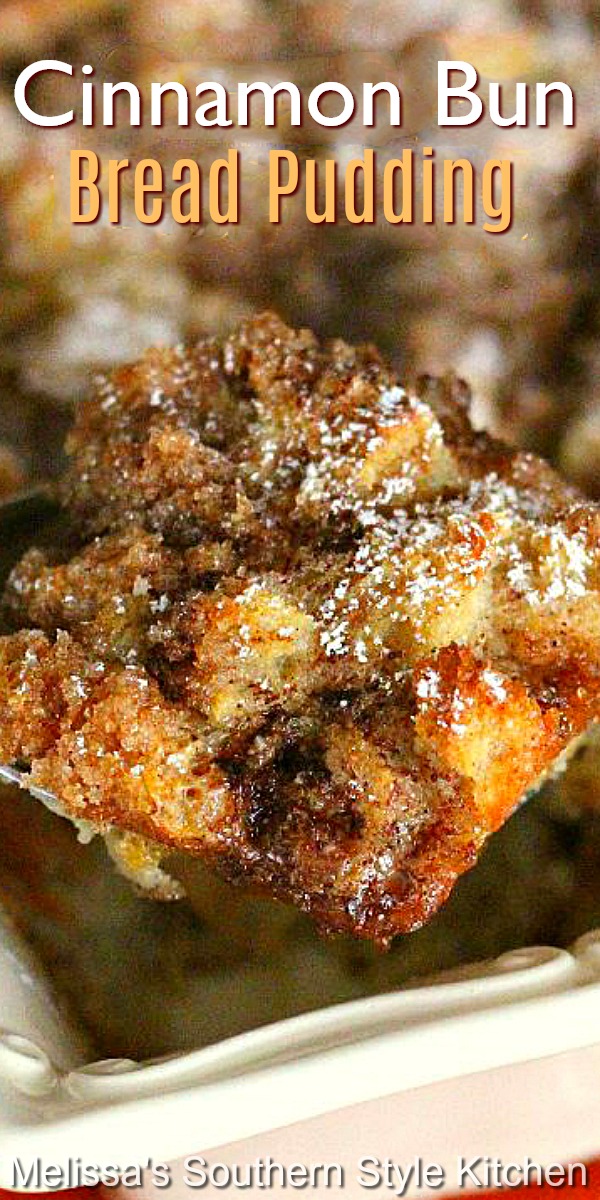 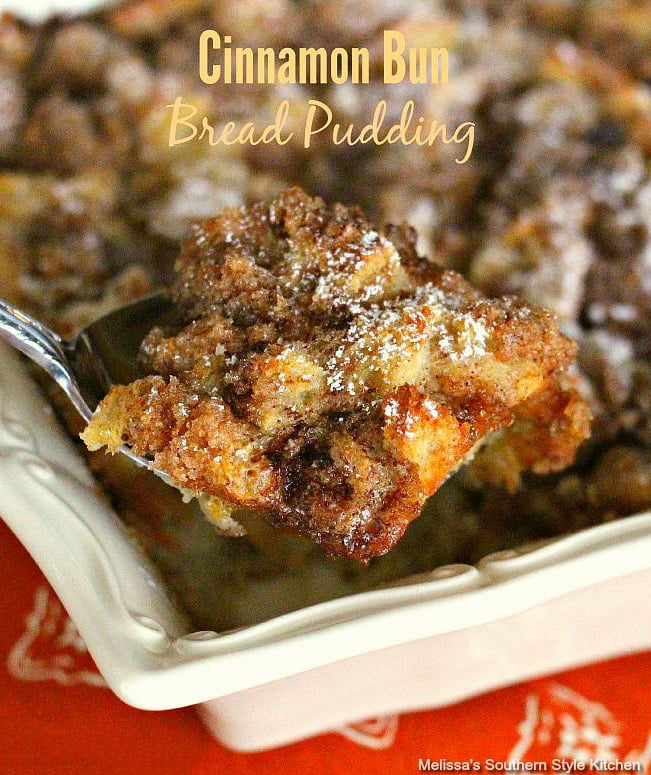 I am a true lover of bread pudding in any flavor. When my friend Lori Lange creator of  The Recipe Girl, included this Cinnamon Bun Bread Pudding in her latest cookbook, I knew I had to try it. Lori's cookbook has so many great dishes making it difficult to choose where to start. She has a super simple home roasted lemon, herb and garlic chicken that every family needs in their dinner menu recipe file. As well as tasty appetizers, salads and kid-friendly food like her corn dog mini muffins and gooey cheese pepperoni pizza pull-apart bread. There are also theme menus and tips for successful entertaining. 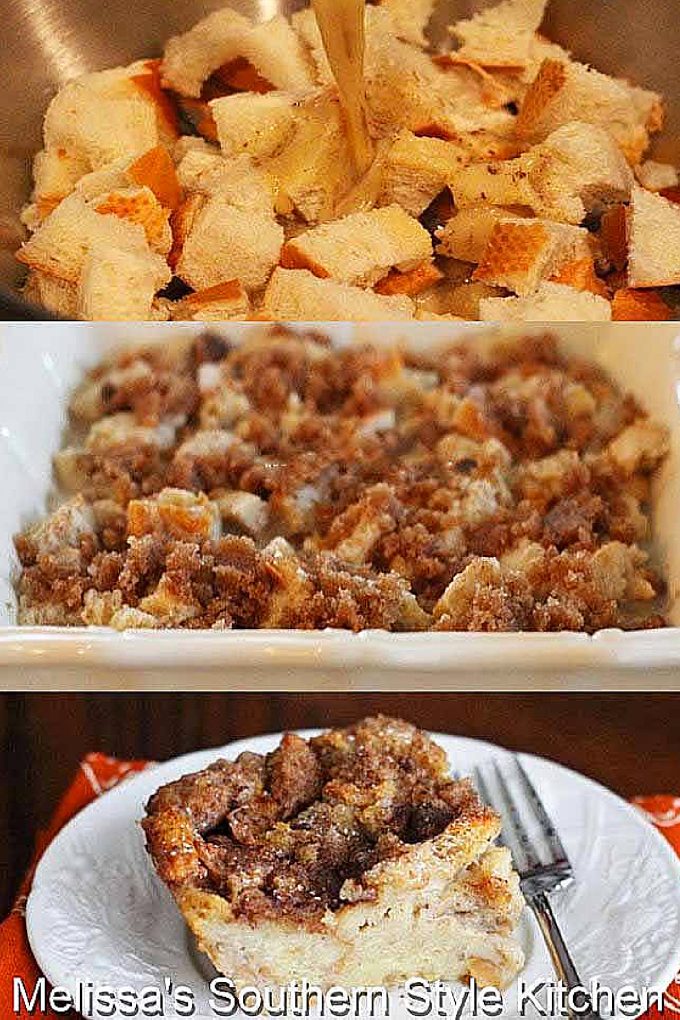 How to Make the Best Cinnamon Bun Bread Pudding Recipe

This easy bread pudding combines the familiar flavor that we all love in cinnamon buns. They come with the bonus of making the house smell heavenly while they're baking. It doesn't get any better than that. 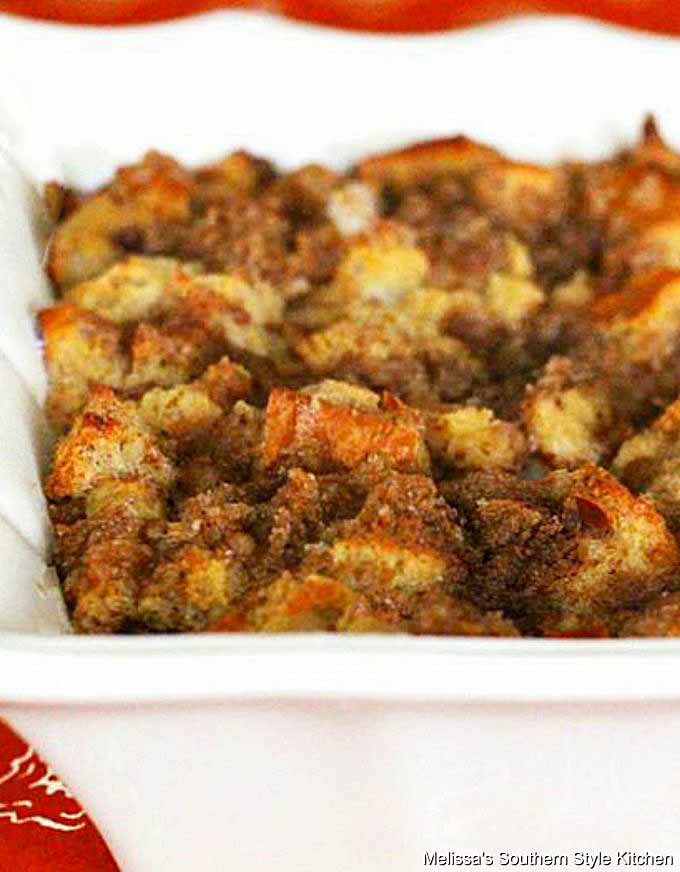 Other Cinnamon Spiced Inspired Recipes to Add to the Menu

Cinnamon buns are a vintage dessert that Americans love. It's no surprise, they're soft and fully with just a hint of spice. You may also like to enjoy those same flavors in my recipe for Cinnamon Roll Bread and easy Banana Toffee Cinnamon Rolls. Bread pudding is one of those dishes that can take you from breakfast to dessert and anywhere in-between. Special holiday celebrations, brunch with family or friends or a comforting dessert on a chilly evening. More bread pudding recipes you may like to try: 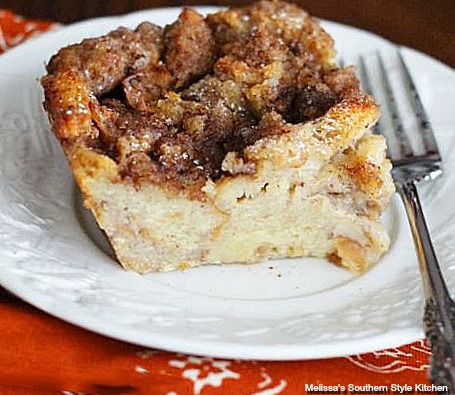 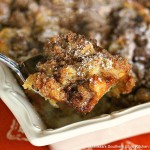 To top this cinnamon bun bread pudding with a vanilla cream glaze: In a small bowl whisk together 1 cup of powdered sugar with ½ teaspoon vanilla extract and enough heavy cream or milk to thin. Start with one tablespoon at a time and mix, repeating until your desired consistency is reached. Drizzle on each piece of bread pudding just before serving.