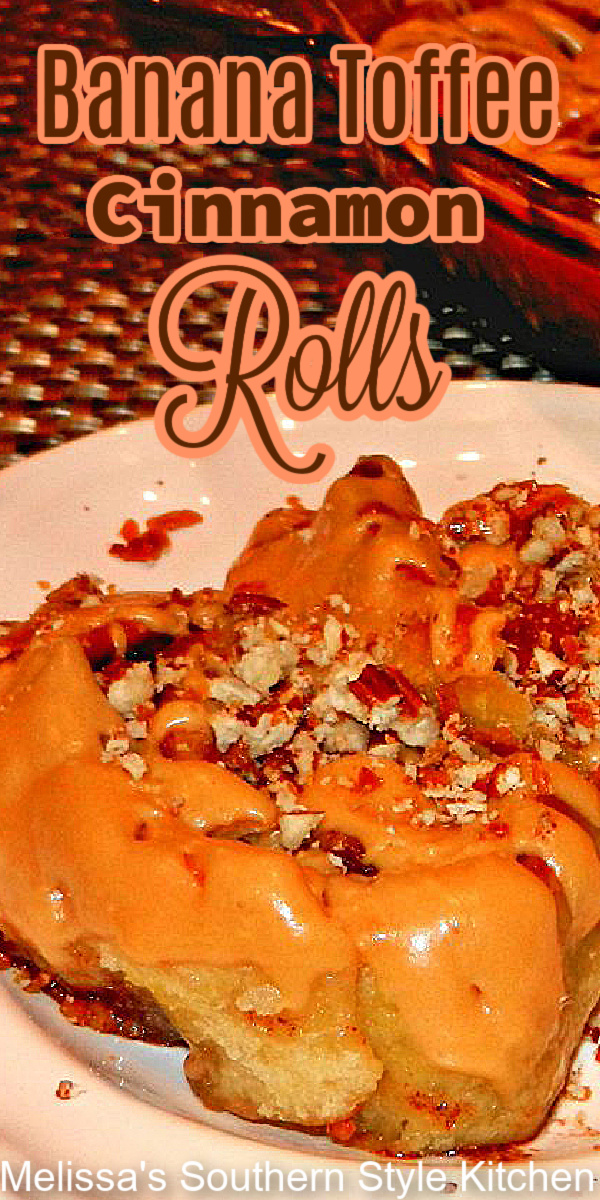 These Banana Toffee Cinnamon Rolls are easy to make for any morning of the week. Prepared crescent roll dough makes dishes like these easy cinnamon rolls a breeze to make. They're topped with a creamy caramel icing the perfect paring with the cinnamon and pecans on top. They're quick and easy the perfect combination for a busy weekday morning. 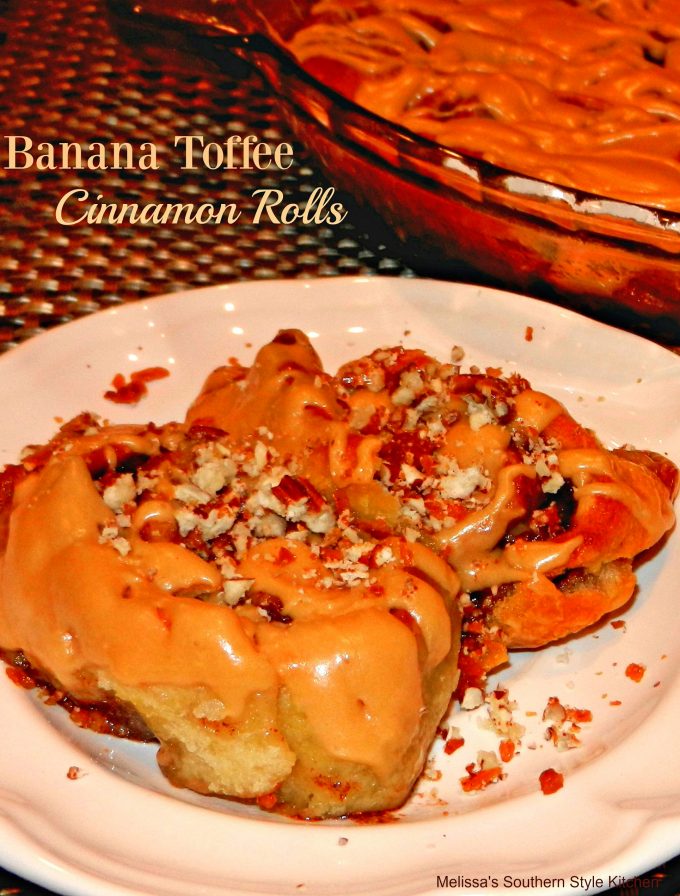 These easy cinnamon rolls are a great project to get the kids involved in baking.  I'm a firm believer if you want your children to enjoy cooking when they're grown you need to start the training young. To make these easy cinnamon rolls I always let my son help, because the ingredients are simple, and he loves to stir and taste. Well, mainly taste.  I really enjoy being in the kitchen with him anytime he's willing so, the tasting is always allowed and half the fun of cooking and creating goodies together. 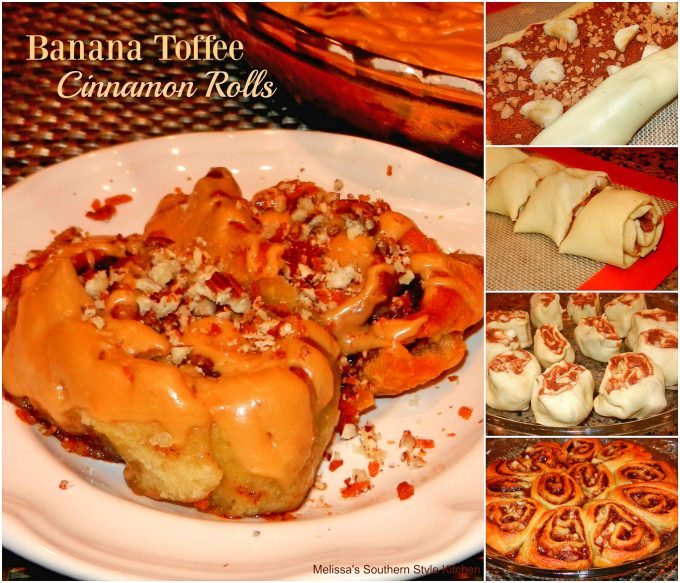 Other Cinnamon Roll Goodies to Try

Our love of cinnamon rolls and cinnamon in general is a world wide phenomenon. Recipes like my Apple Pie Cinnamon Rolls and Cinnamon Roll Bread are ever popular here om MSSK. You may also enjoy these Cinnamon Roll Pancakes from Recipe Girl. 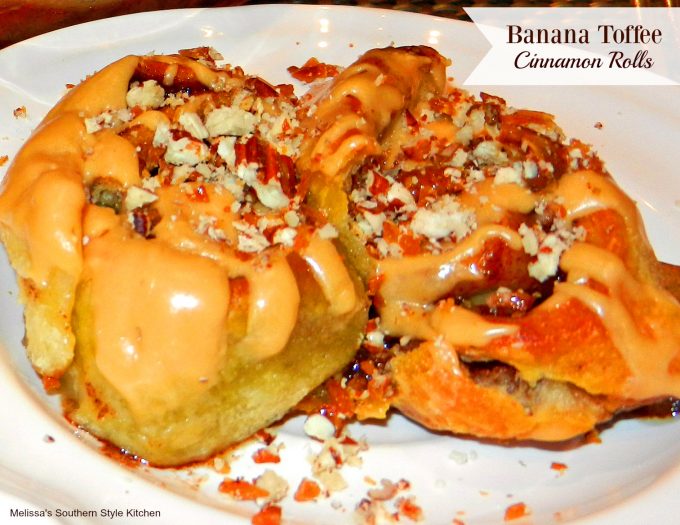 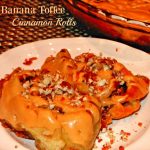 Dulce de Leche is a luscious thick caramel. It's readily available in most grocery stores in the Hispanic foods section. It often comes in a [13.4] oz can that looks much like sweetened condensed milk, but, it's very different, so, read carefully. To toast pecans: Arrange on a baking sheet in a single layer. Toast in a 350°F oven for 5-7 minutes.