What could be more indulgent than small rounds of buttery dough balls rolled in a mixture of cinnamon and sugar then baked until golden. It results in a heavenly ooey gooey goodness that's worth every calorie. Traditional monkey bread is made most often in a cake pan but, I make this Glazed Skillet Monkey Bread in a single layer in one of my beloved cast iron skillets. After baking, it's drizzled with a sweet vanilla cream glaze then it's ready to pull apart and enjoy. 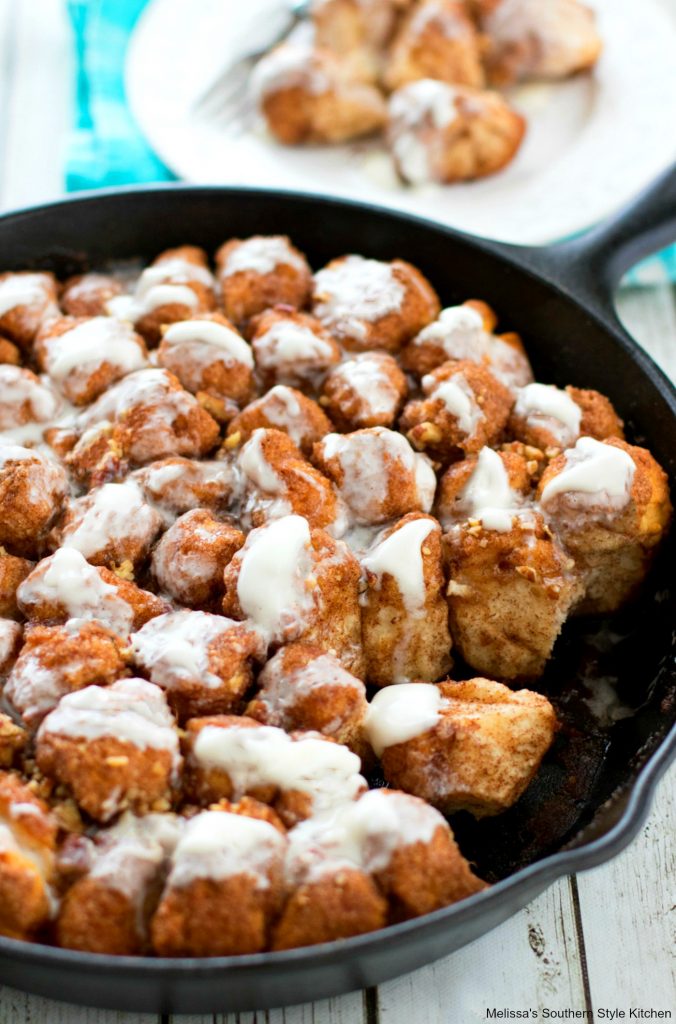 The Origin of Monkey Bread

Monkey bread is believed to  be a hybrid of a Hungarian coffee cake called "arany galuska" and brought to the United States by Hungarian immigrants. Betty Crocker is credited with bringing it to the forefront in the early 70's  where it earned the whimsical name "monkey bread" due to picking it apart and eating pieces like a monkey. The rest is history. Regardless of the origin, monkey bread is destined to go down as a favorite sweet dessert snack passed down from generation to generation. 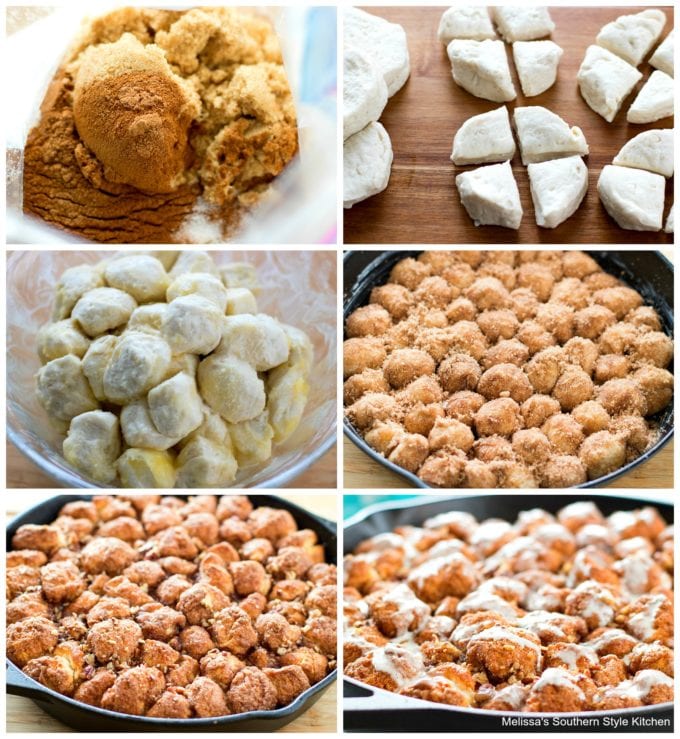 Simple Ways To Make It Your Own

While I love classic monkey bread on it's own and firmly believe it needs no improvement, it's fun to add walnuts or pecans to the mix for added flavor and texture from time to time. In fact, I sprinkled the top of this Glazed Skillet Monkey Bread with chopped pecans just before baking. If you like, you could also sprinkle with English toffee bits or chocolate chips to make it even more irresistible. When mixing the glaze, you could also substitute a different flavor in place of the vanilla for an added twist. 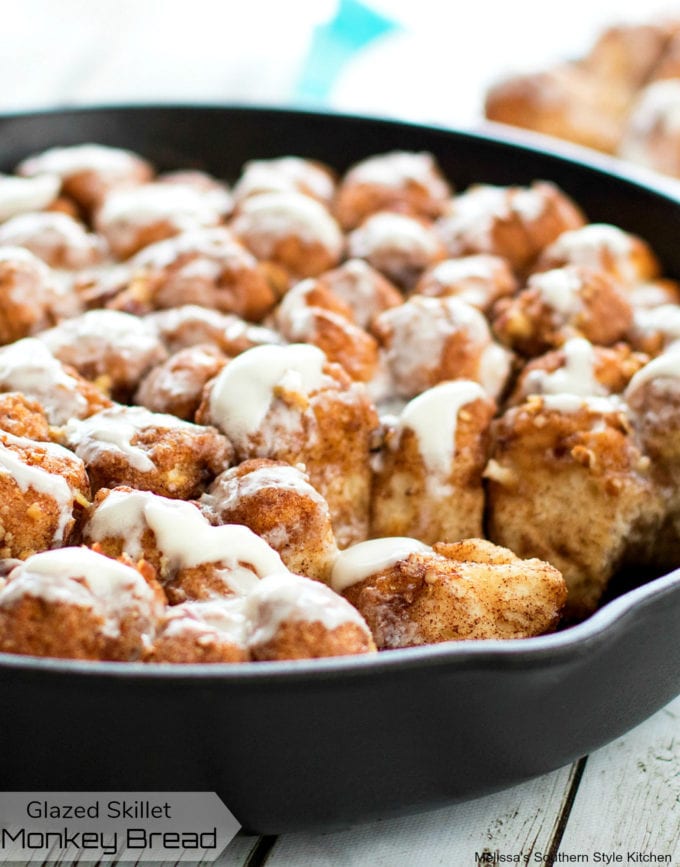 Monkey bread is not only fun to make but, the sky's the limit with flavor variations. Take a moment to browse this collection of 12 Creative Takes On Monkey Bread and Chocolate Monkey Bread for your sweetheart. 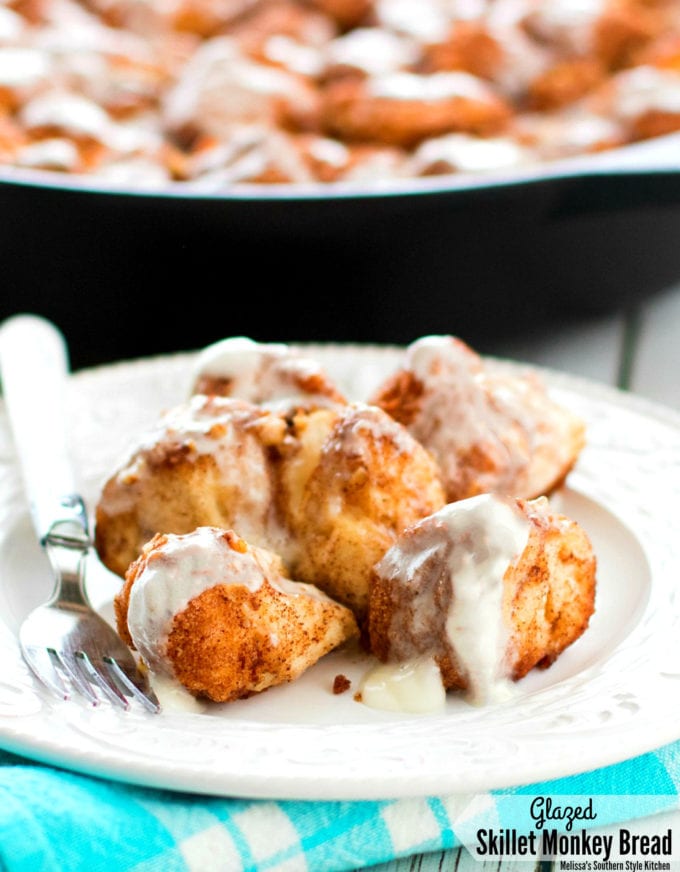 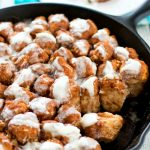 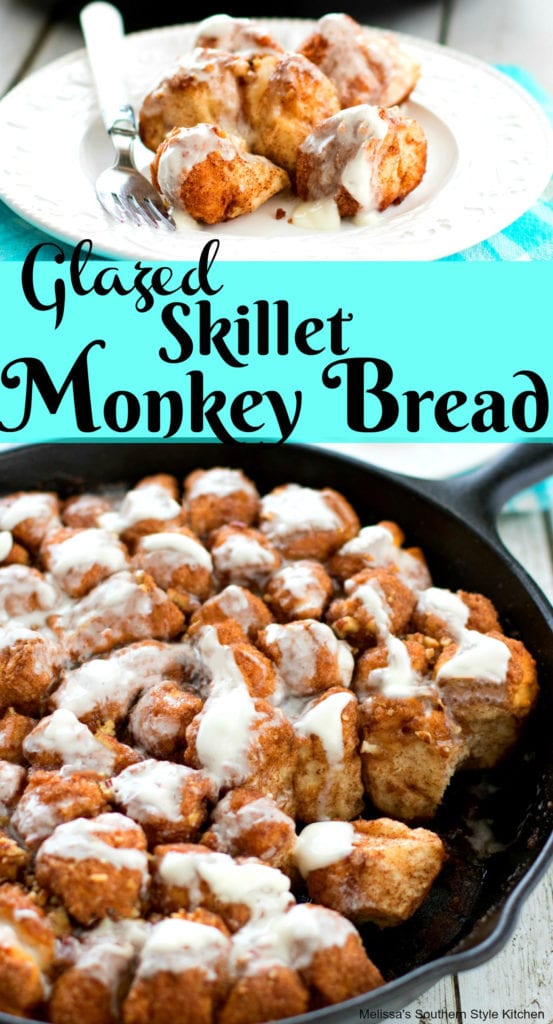