This cheesy Iron Skillet Ham And Cheddar Cornbread  is the tastiest excuse you'll ever need for buying a cast iron skillet for baking. It's filled with cubed ham, sweet corn, tangy green onions and cheddar cheese turning it into a meal in itself. It's ideal for dressing up a bowl of beans, soup or stew and you'll find the flavor combination to be a tasty twist on traditional cornbread. The skillet lends itself to a crisp and golden crust that makes it hard to resist. 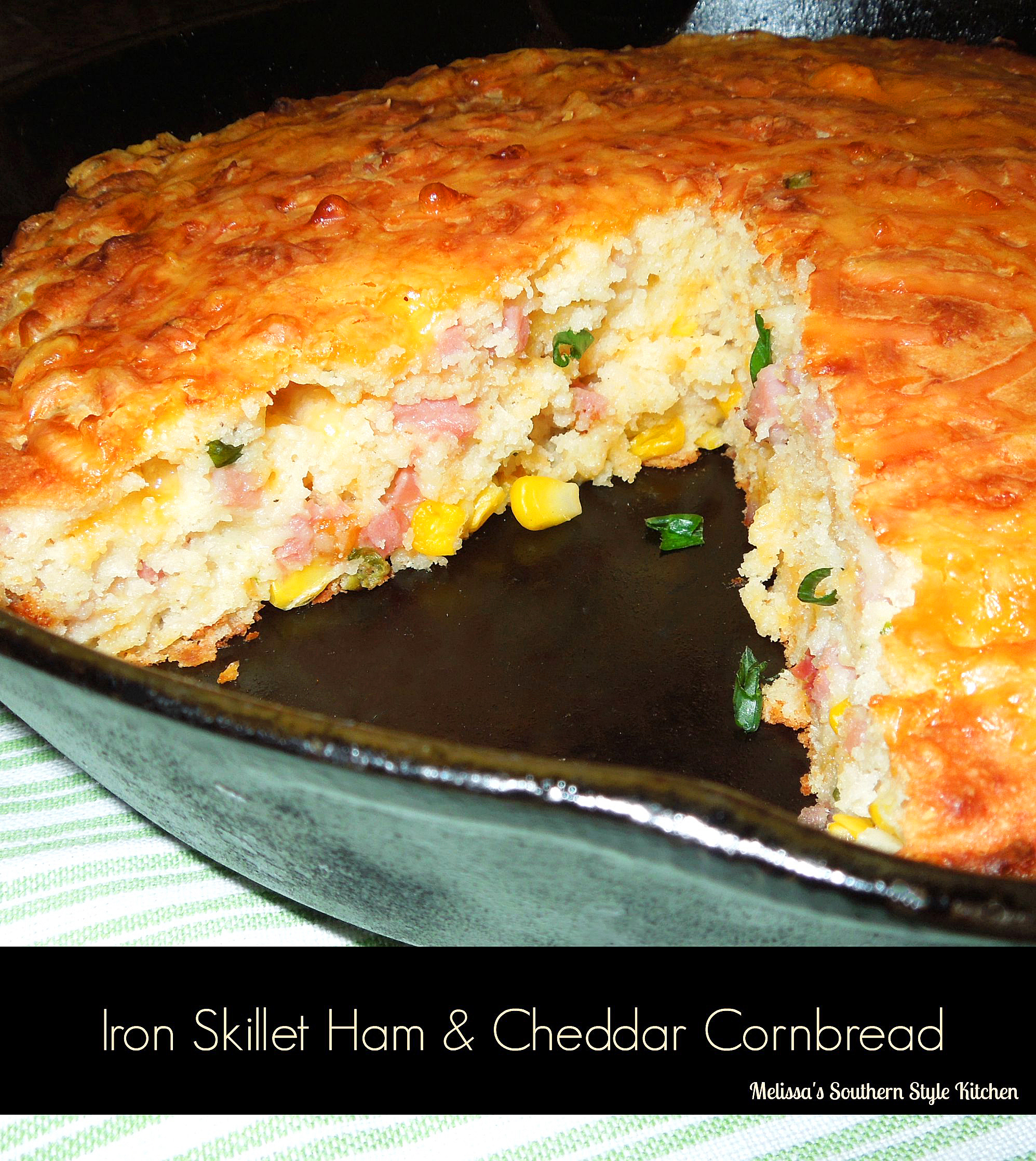 I have a 10-inch cast iron skillet that my Mom gave to me several years ago.  It's perfect for making cornbread like this ham, cheese and corn filled skillet cornbread. I came across my skillet while sorting through my cabinets recently and after one look it was obvious, that it needed a little TLC.  So, I set about to bring my skillet back to life. Cast iron skillets need to be used and kept "seasoned." New cast iron skillets have been pre-seasoned during manufacturing, but, if you're as fortunate as I am, to have been gifted a "hand me down" skillet you may need to bring it back to life. You can read more about seasoning cast iron on the Lodge Cast Iron website here. 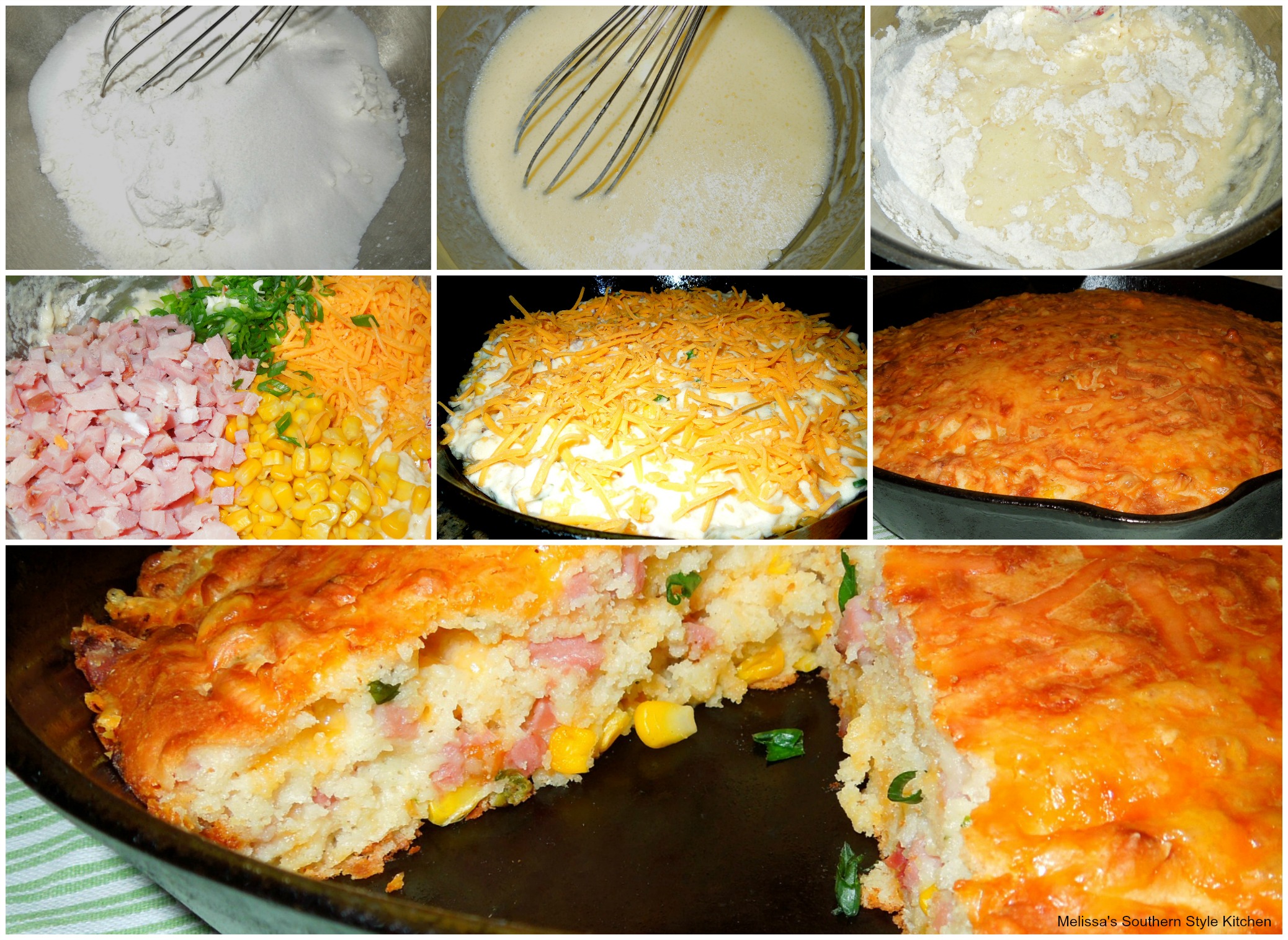 After researching how to re-season my skillet successfully, I was chomping at the bit to give it a whirl. I decided to bake a batch of ham and cheddar cornbread to use some delectable ham I had in the freezer. If you've never cooked in cast iron, you're really in for a treat. Food actually tastes different when cooked in cast iron. Having my cast iron skillet back in circulation not only for making cornbread but also, main dish meals like my Nacho Beef Rotini Skillet and desserts like Apple Pie and more. Another cornbread recipe you may like to try is this Cracked Out Sour Cream Cornbread from Plain Chicken. 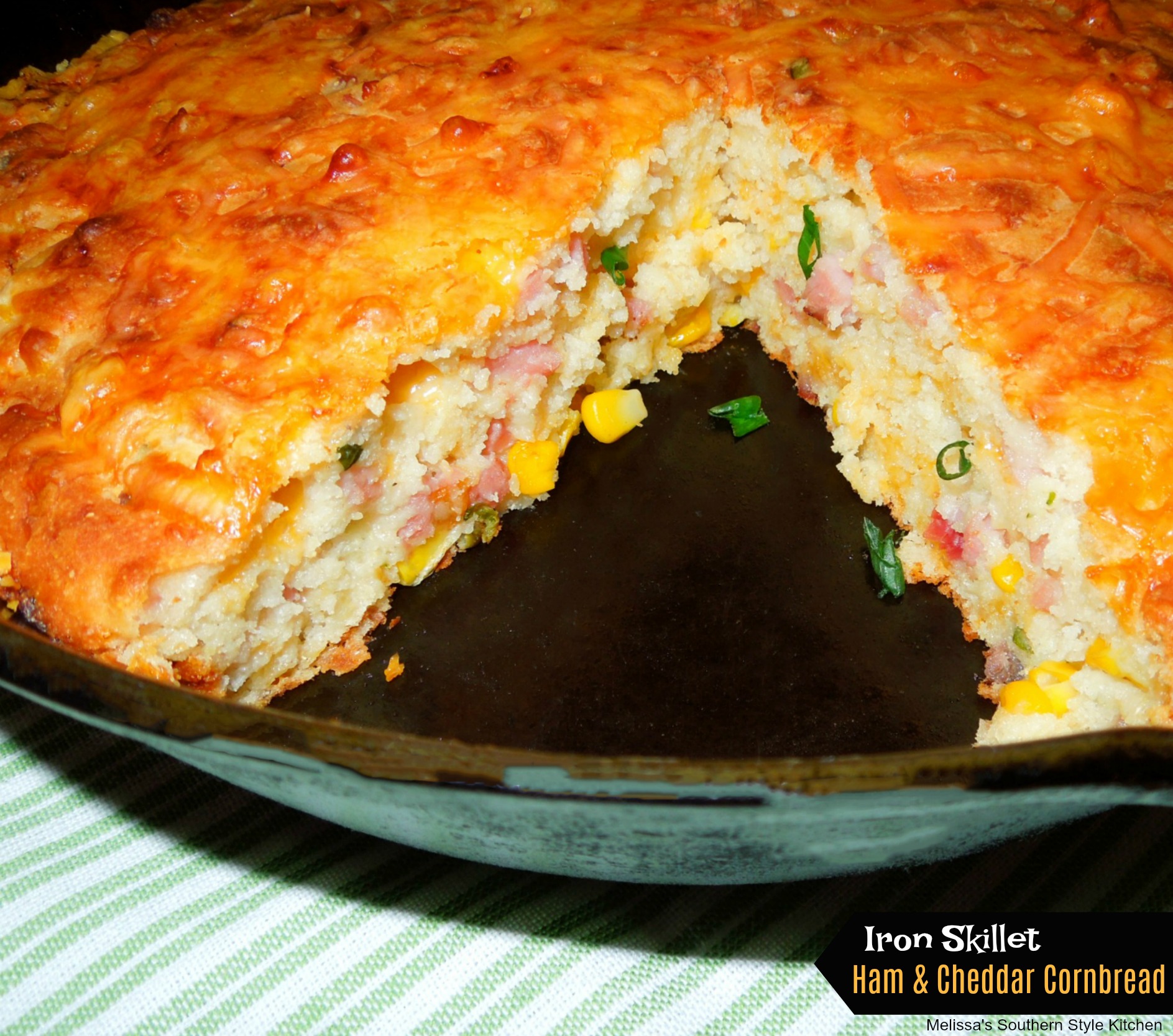 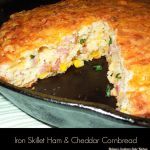 The process of preheating the cast iron skillet gives the cornbread an incredibly crunchy and delicious crust. If you don't have a cast iron skillet, you can use a square 8x8 inch baking dish or a deep dish 9 inch pie plate.
Tried this recipe?Mention @melissassk or tag #melissassk!