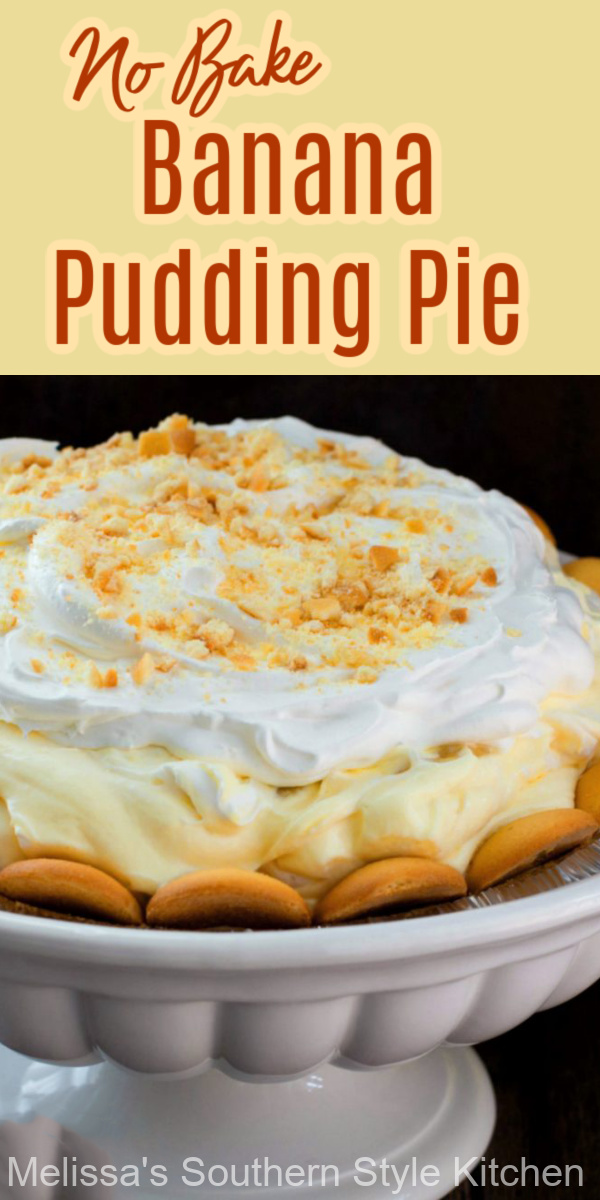 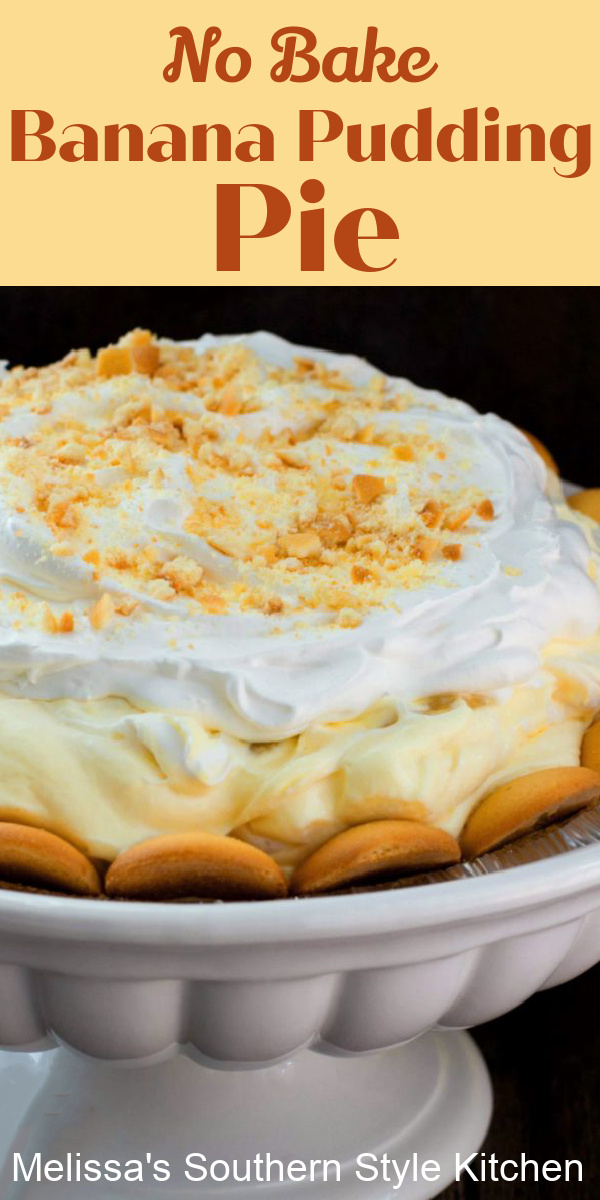 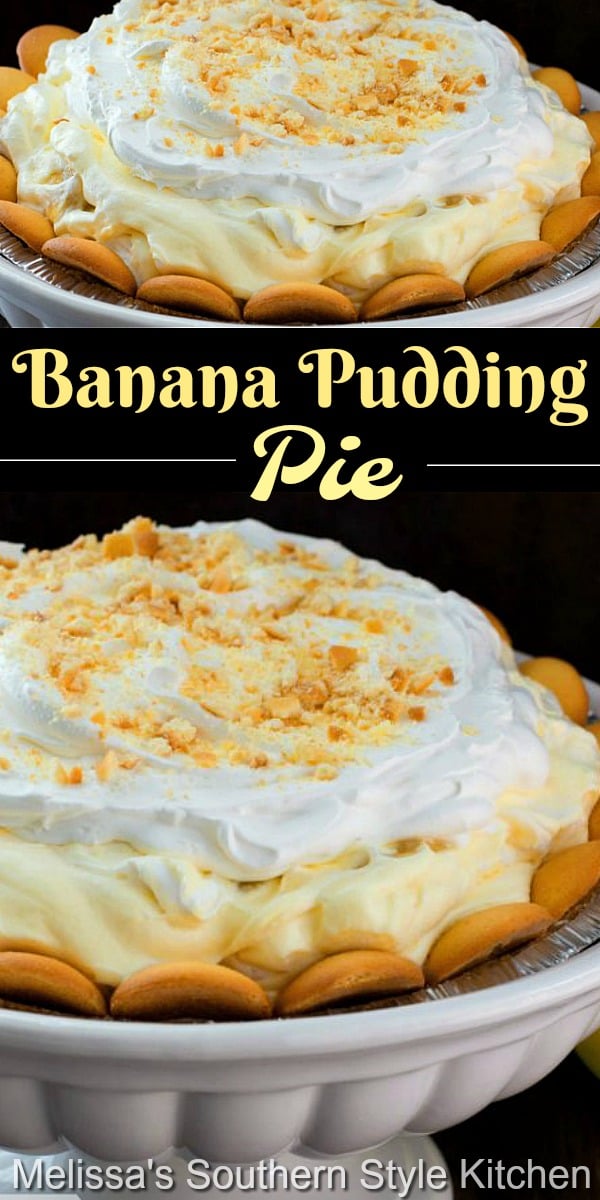 This dreamy No-Bake Banana Pudding Pie is just what you need on a day when you're in the mood for a sweet fix that's not fussy. It comes with the bonus of needing absolutely no oven time. It's designed to keep things low-stress so the simple ingredients reflect that making preparation a cinch. The creamy banana pudding filling, fresh banana slices, vanilla wafers and whipped cream are a classic flavor combination that's on point and it makes enough for two pies. Keep one and give the other to someone special, and they're guaranteed to be your friend for life. 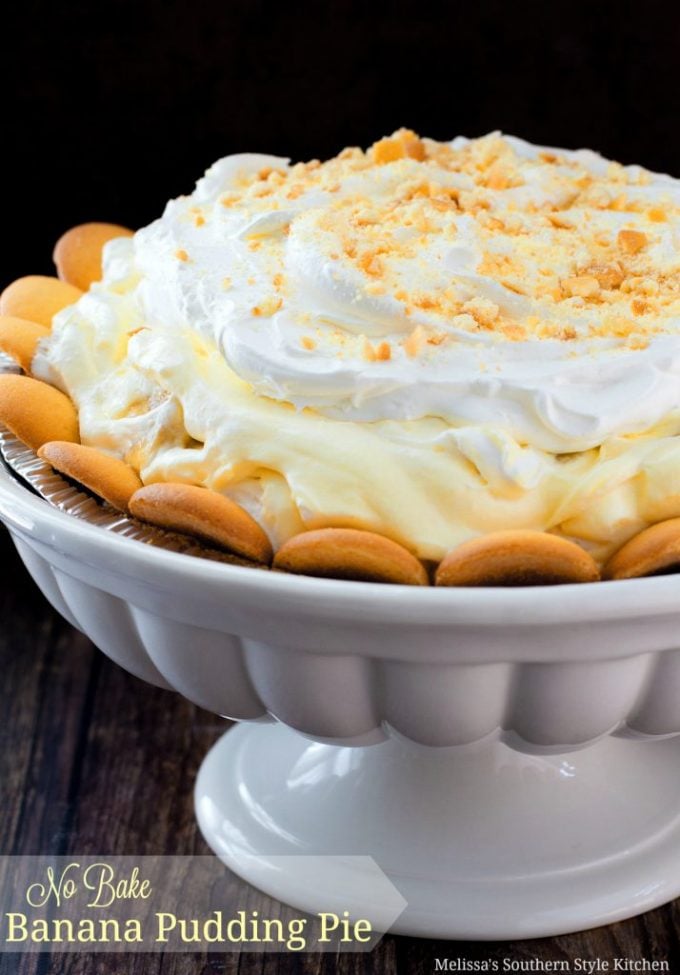 I've been obsessed with banana pudding since I was a little girl. I was first introduced to it by my Southern Momma and Grandmas who made it the Old Fashioned Banana Pudding with a fluffy meringue topping. I've found through the years each and every Southern cook has their own little twist on making it and I'm here to say I think we should embrace them all. I've even turned my love of banana pudding into a spectacular 3-layer banana pudding cake. I've noted on my life-long banana pudding quest, when attending church and family potlucks, other banana pudding variations started to surface through the years, using a combination of convenience items like instant puddings, sour cream, cream cheese and even different cookies other than vanilla wafers. It was always the belle of the ball no matter what version was served.

How to Make the Best No-Bake Banana Pudding Pie Recipe

These pies are certain to become a staple any-time dessert that will be requested over and over again. It's the classic banana pudding combination of creamy vanilla pudding, bananas and whipped cream that keeps us all coming back for more. Though I've tried, there's just no way to halve the ingredients for this recipe. Furthermore, why would you want to? Go big or go home y'all! Make one and give one away to a friend or neighbor. 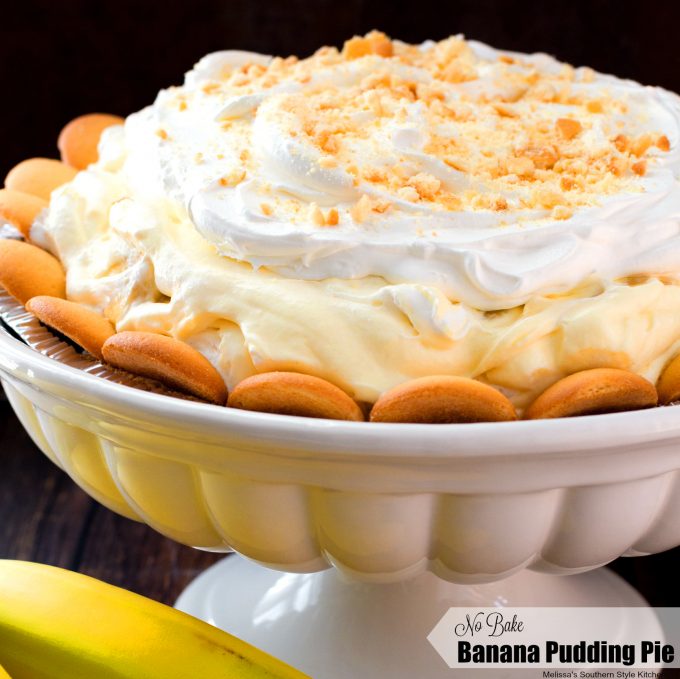 There doesn't have to be a special occasion to make a sweet pie for dessert. More Southern style pie recipes you may also like to make:

Disclosure: If a purchase is made using one of the affiliate links on this website we may earn a small commission at no additional cost to you. Thank you! 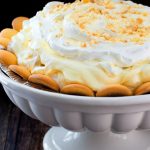 The filling will make enough for 2 pies.