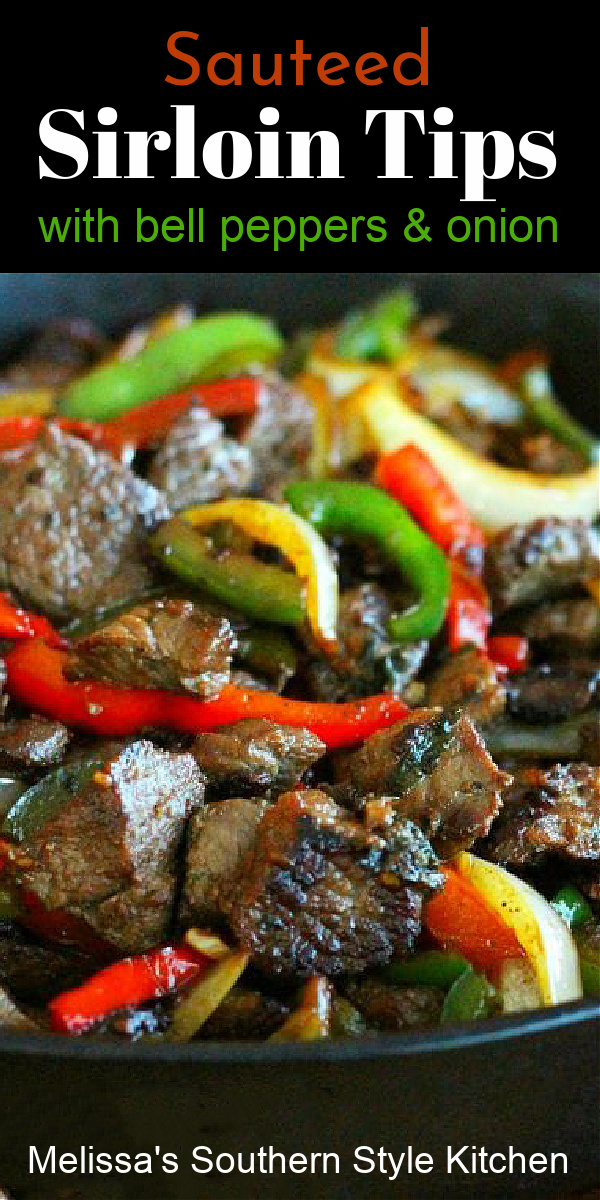 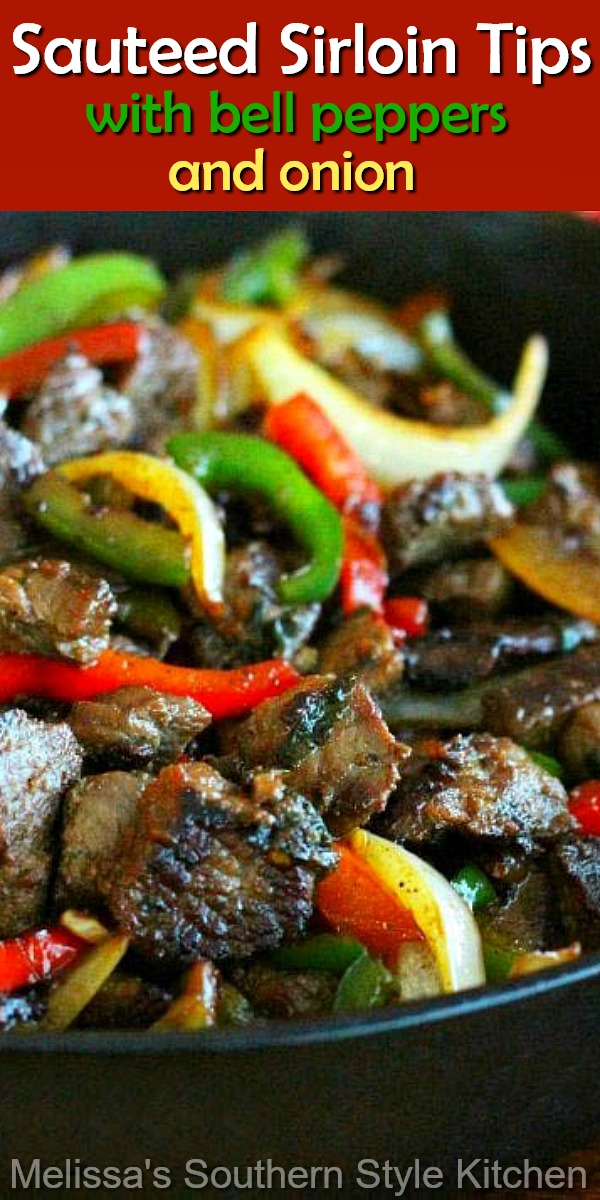 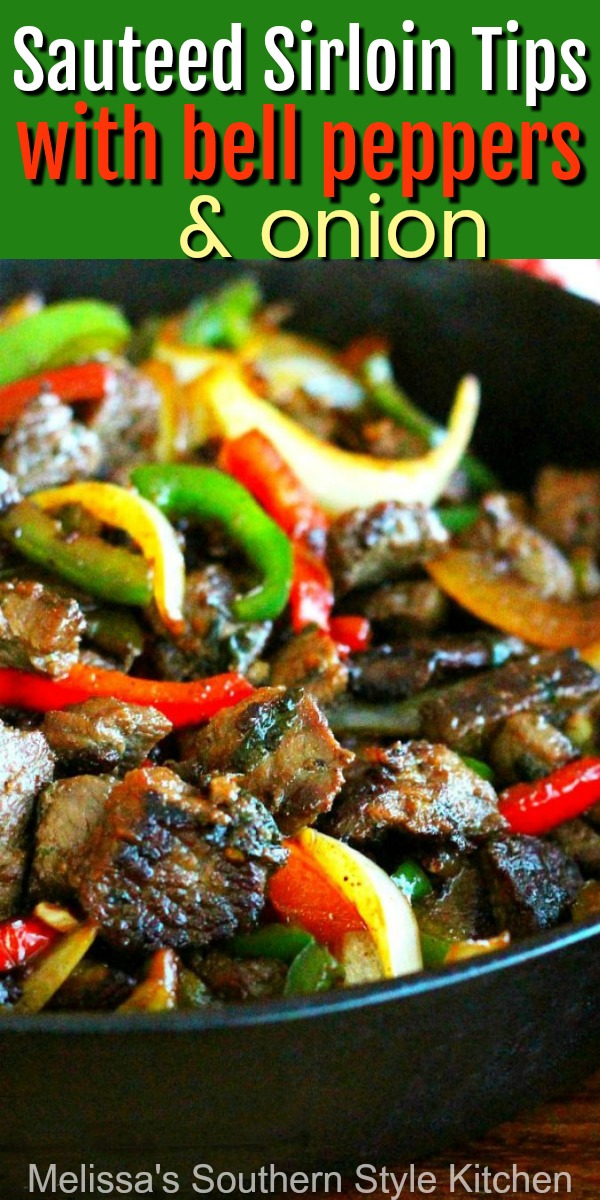 These Sautéed Sirloin Tips with Bell Peppers and Onion is a mouthwatering skillet dish chocked-full with flavor. Tender marinated chunks of sirloin steak are seasoned then cooked to perfection with a charred bark on the exterior yet tender and juicy. All tossed with a generous amount of sweet onion and colorful bell peppers, they're ready to eat in around 15 minutes. 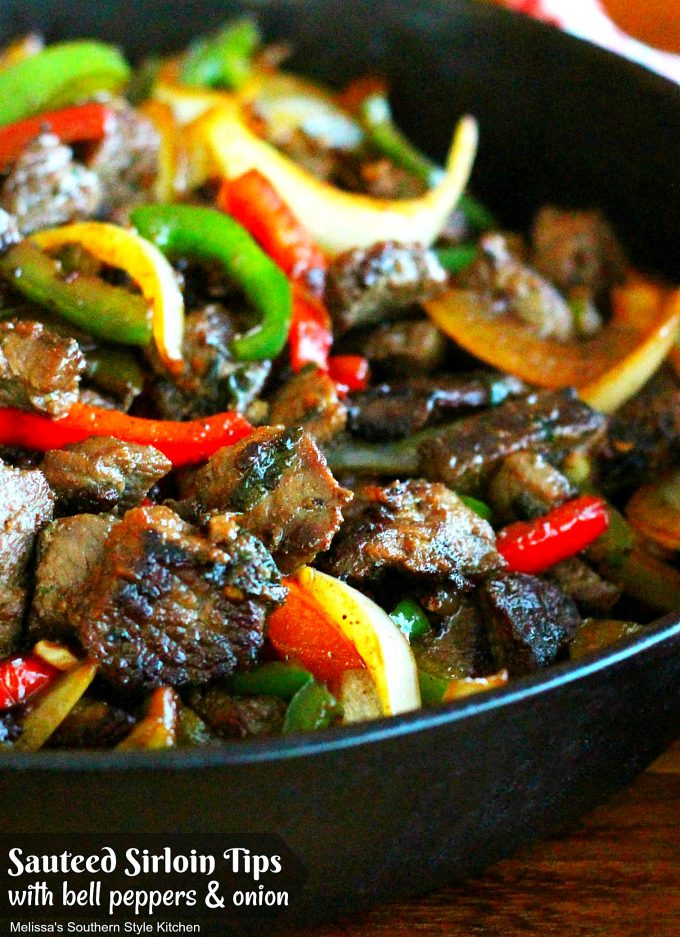 Sirloin tips often get overlooked when it comes to quick-fix meals, but if you can catch them on sale, it truly is a fabulous choice. I like to serve these sirloin tips with a baked potato or mashed potatoes and a salad for a tasty weeknight meal. At times, I'll turn these skillet sirloin tips into a Tex-Mex creation seasoning them with fajita seasoning and a squeeze of lime. Wrap it all up in warm tortillas and set up a toppings bar for the family. You can add seasonings to add Asian flare and serve over rice or stuffed onto toasted sub rolls.  It's a quick-fix family friendly meal and there's never a scrap leftover. 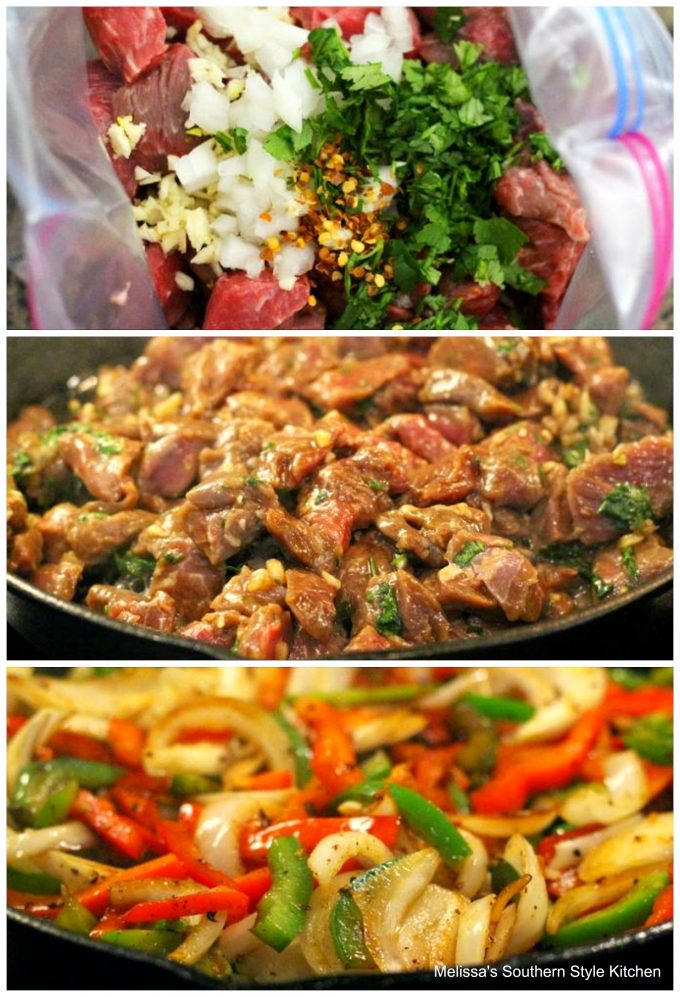 This easy sirloin tip skillet is meant to be flexible. I make it in my cast iron skillet to get that beautiful char from searing, but you can make it in any other similar size skillet or pan. This skillet meal is perfectly tasty just as is, but I also love how simple it is to transform it into a variety of other flavors. Once the steak bites have been marinated you can have this dish ready to serve in around 20 minutes. 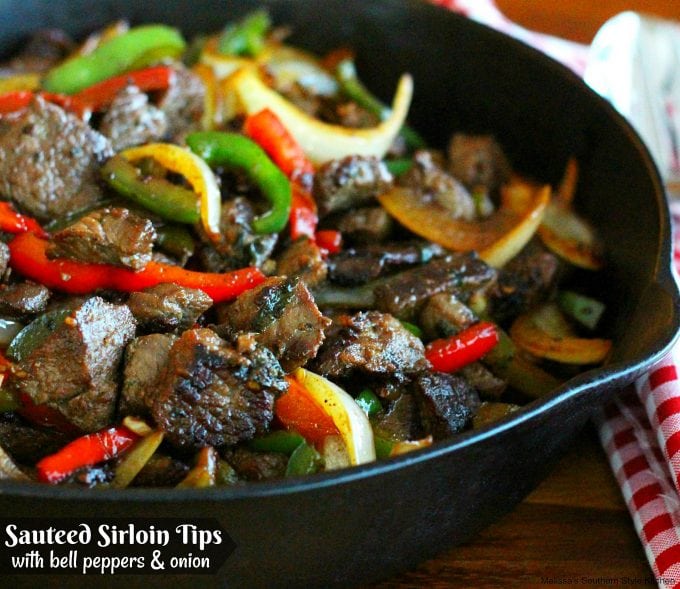 I'm all about quick fix weekday meals to fill the hungry eaters at our table. A clean plate makes this Mom happy, that's for sure. More easy steak recipes you may like to try for your family from my kitchen to yours: 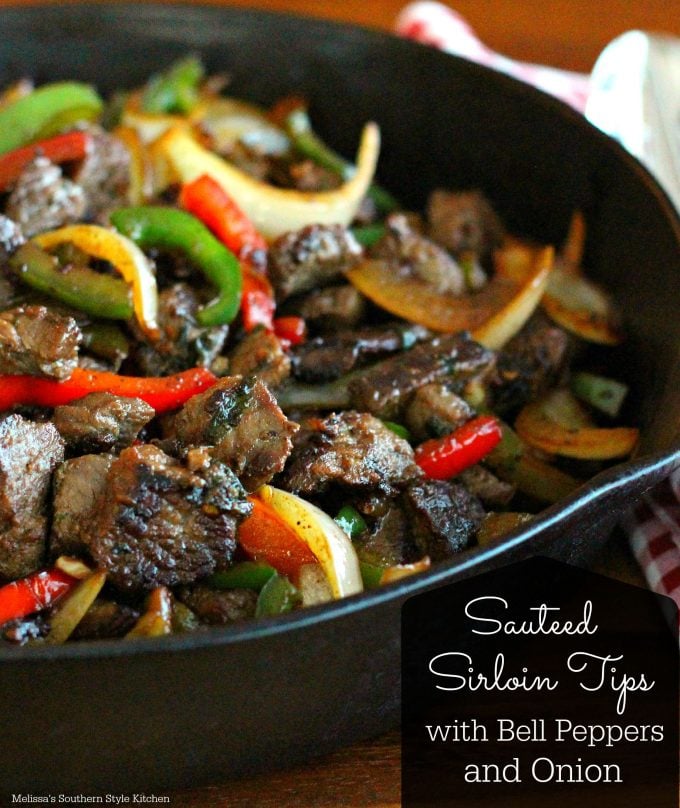 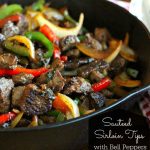 Steak seasonings vary in sodium content. Adjust the amount to your taste based on the particular brand used.